Hope and solidarity in dark times

Posted on November 23, 2015 by nothingiseverlost

At the risk of stating the blindingly obvious, when looking at “the big picture” – Politics with a capital P, the stuff of states, parties, major news headlines – there’s not much to be cheerful about at the moment, even less so than usual. That’s why it’s all the more important at times like these to keep one eye on the local, because at the grassroots level there are always stories of people challenging power and winning.

In Bristol, Bristol Solidarity Network and the local IWW have teamed up to target wage theft from two workers at a local cafe – they’ve definitely already won payment for one of the workers, and going by FB posts it looks like the second worker has now been paid as well. 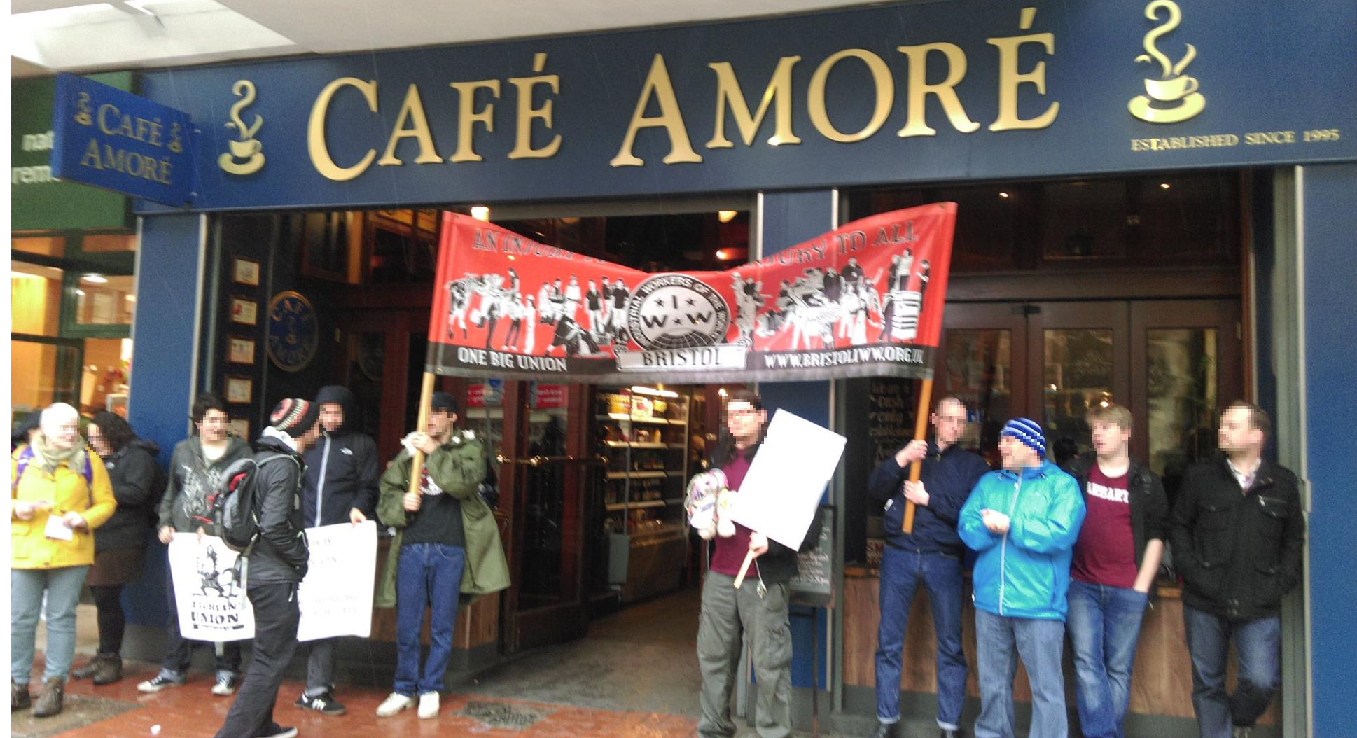 Meanwhile, over in Greenford, West London, a series of film showings and workers’ discussions are being organised in order to help build a similar solidarity network capable of winning the same kind of victories there.

Of course, none of this is an adequate response to the horrors we’ve seen recently, the mass murders carried out by states both Islamic and otherwise. But if we ever want to see the values of solidarity and co-operation win out against the spreaders of hate and fear, we need to start by making them into a real material force. In the words of a recent anarchist statement against murder cults, “We can’t cede to them the battleground of ideas. No hiding. In the streets, in our neighbourhoods, in the prisons, jobcentres, colleges and schools, we need to be active and unafraid, spreading ideas and methods of freedom, self-organisation, comradeship, solidarity and rebellion.” The work going on in Bristol and Greenford is a contribution to that task, and worth supporting if you can.

"The impulse to fight against work and management is immediately collective. As we fight against the conditions of our own lives, we see that other people are doing the same. To get anywhere we have to fight side by side. We begin to break down the divisions between us and prejudices, hierarchies, and nationalisms begin to be undermined. As we build trust and solidarity, we grow more daring and combative. More becomes possible. We get more organized, more confident, more disruptive and more powerful."
View all posts by nothingiseverlost →
This entry was posted in Stuff that I think is pretty awesome, Work and tagged Angry Workers of the World, Bristol, Bristol Solidarity Network, Industrial Workers of the World. Bookmark the permalink.

2 Responses to Hope and solidarity in dark times