Posted on April 10, 2017 by nothingiseverlost

Without knowing a great deal about the backgrounds of the people involved, this statement from Syrian and Iranian socialists on the latest developments in the Syrian war seems like a good, strong statement on the basic principles we should be guided by, and I think is worth trying to share around:

The Trump administration’s  April 6 targeted missile strike on the Syrian airbase from which the chemical attack was launched, is not a reflection of any genuine concern for the Syrian people.  It will not help the struggle against the Assad regime, ISIS and Al Qaida.    Instead, this administration’s latest airstrikes are motivated by other aims.

The chemical bombing of innocent civilians in the Syrian town of  Khan Sheikhoun (Idlib province) which was perpetrated by the Assad regime and its allies, Russia and Iran on April 4,  is  yet another step in the murderous campaign to destroy what is left of the popular opposition to the Assad regime.  After putting under siege and destroying  Eastern Aleppo, the most important center of the popular and democratic opposition,  and forcing the survivors as well as the survivors from other besieged opposition areas to go to Idlib , the regime is now concentrating its forces on bombing the civilian population in Idlib and Aleppo provinces.

The Trump administration’s  April 6 targeted missile strike on the Syrian airbase from which the chemical attack was launched, is not a reflection of any genuine concern for the Syrian people.  It will not help the struggle against the Assad regime, ISIS and Al Qaida.    Instead, this administration’s latest airstrikes are motivated by other aims.

Just two days earlier the Trump administration had announced that its priority was not the ouster of Assad.  Once the Assad regime’s chemical bombing delivered a blow to the credibility of U.S. imperialism however, the decision was made to strike Assad’s air base.    In order to calm some dissent within the Republican party’s leadership, Trump had to show that contrary to Obama, he had some “red lines.”

Furthermore,  given the daily new revelations about the Trump administrations close ties to Putin’s Russia and the ways in which these revelations have  seriously damaged  its  credibility even among its supporters, the missile strike in Syria was  a way for this administration to partially distance itself from Russia.   However,  at this point,  we can say that this strike which was announced in advance to the Russian government,  does not indicate any strategic change in U.S. policy concerning  the future of Syria or the Assad regime.  The focus of the U.S. government will still be seeking a transition  in which the core of the Assad regime is not challenged.  Such a policy will  be justified by this administration in the name of the “War on Terror.”

In general, since coming to office, the Trump administration has given every indication that its goal is to promote undemocratic, racist, sexist Middle Eastern leaders and strengthen the repressive environment of the Middle East:   He or his advisers have met with Israeli president Benjamin Netanyahu,  Turkish president Recep Tayyip  Erdogan and  foreign minister Mevlut Cavusoglu, Egyptian president, General Abdel-Fattah el-Sisi,  Saudi Arabian Deputy Crown Prince Mohammed bin Salman,  King Abdullah of Jordan.  On March 30,   U.S. Secretary of State, Rex Tillerson’s visit to Turkey   gave a nod of approval to Erdogan  who has arrested over 70,000 people in the past year,  continually bombed the Kurdish population of Turkey and Syria, and is aiming to vastly expand his  repressive powers against all forms of dissent,  through a referendum on April 16.  Tillerson’s visit also led to some unannounced agreements which do not bode well for the Kurds in Turkey and Syria.

Most importantly,   recent American airstrikes  in Mosul, Aleppo and Raqqa which are supposedly aimed at stopping ISIS, have brought about large civilian death tolls.  They have been some of the deadliest since U.S. airstrikes on Syria started in 2014.   They show that greater U.S. military intervention in Syria will only lead to more death and destruction.   One resident of Mosul, Iraq who was fleeing ISIS, compared the destruction brought about by the latest U.S. airstrikes in Mosul to  the U.S.  dropping of a nuclear bomb on Hiroshima.  (See Tim Arango, “Civilian Deaths Rising in Iraq and Syria as Battles Intensify in Dense City Areas.” New York Times, March 28, 2017).  According to Airwars, during the month of March alone, as many as a thousand civilians have been killed by U.S. airstrikes in Iraq and Syria in the name of the “War on Terror.” (https://www.democracynow.org/2017/3/27/more_than_1_000_civilians_killed)

These realities not only  reveal the Trump administration’s motives but also  compel us to condemn all the states that are carrying out wars against innocent civilians in the Middle East:  The Syrian and Iranian regimes, Turkey, Saudi Arabia, Israel, all the other authoritarian regimes in the region, ISIS, Al Qaida, as well as Russian and Western military interventions.  They are all part of an imperialist logic and the maintenance of authoritarian and unjust systems.  They all oppose the self-determination of the peoples of the region and their struggles for emancipation.   Hence, anti-war activists whether in the Middle East or the West need to address all forms of repression and authoritarianism, and condemn all forms of foreign intervention against the interests of the people of the region, instead of  limiting their criticisms only to the West and Israel.

Clearly, no peaceful and just solution in Syria can be reached with Bashar al-Assad and his clique in power.  He is the biggest criminal in Syria and must be prosecuted for his crimes instead of being legitimized by international and regional imperialist powers.

Clearly, an effective way to help Syrians and to change the worsening course of events in the region today is for those Iranians and Russians who oppose their rulers’ military intervention in Syria to build strong anti-war movements that show the connections between their governments’ support for the Assad regime and the worsening domestic repression and impoverishment.   Why has this not happened?  Is government repression inside Russia and Iran the only reason?

In Russia, last week, tens of thousands demonstrated against the corrupt practices of prime minister Dmitry Medvedev and other Russian oligarchs.   Criticism of Putin’s imperialist wars however was not highlighted by most who focused on the internal corruption of the rich.  Whether these demonstrations expand their horizons remains to be seen.

In Iran,  not a day goes by without labor protests in various parts of the country.  These protests have focused on the non-payment of wages, layoffs, temporary contracts without any rights or benefits, “privatization” of government jobs, lack of work and safety regulations,  non-payment of pensions and the very low minimum wage ($240 per month) in a country in which the minimum needed for an urban family of four to survive is $1000 per month.

It is the responsibility of Iranian socialists to show the connections between the worsening economic and social conditions of the Iranian workers, teachers and service workers, and Iran’s capitalist, militarist and imperialist policies in Syria and in the Middle East region as a whole.

The failure to draw these connections partly stems from the strength of the Iranian regime’s propaganda which presents the Syrian opposition to the Assad regime as entirely consisting of ISIS and Al Qaida.  The nationalism of those Iranian leftists who implicitly or explicitly support the Assad regime and Putin,  has also  assisted the Iranian government.

As the Alliance of Syrian and Iranian Socialists,  we have made efforts to address these issues through our analyses and by airing the views of those Iranians who oppose their government’s military intervention in Syria.   We welcome more ideas and comments from those who represent THE OTHER IRAN and who want to create an anti-war movement to stop Iran’s support for the Assad regime.

We agree with those Palestinian who protested in Ramallah, Occupied Palestine,  against the Syrian regime’s chemical bombing of Khan Sheikhoun.   They chanted:  “Not Leftists, Not Leftists,  Those Who Stand with Bashar al-Assad.”

Alliance of Syrian and Iranian Socialists 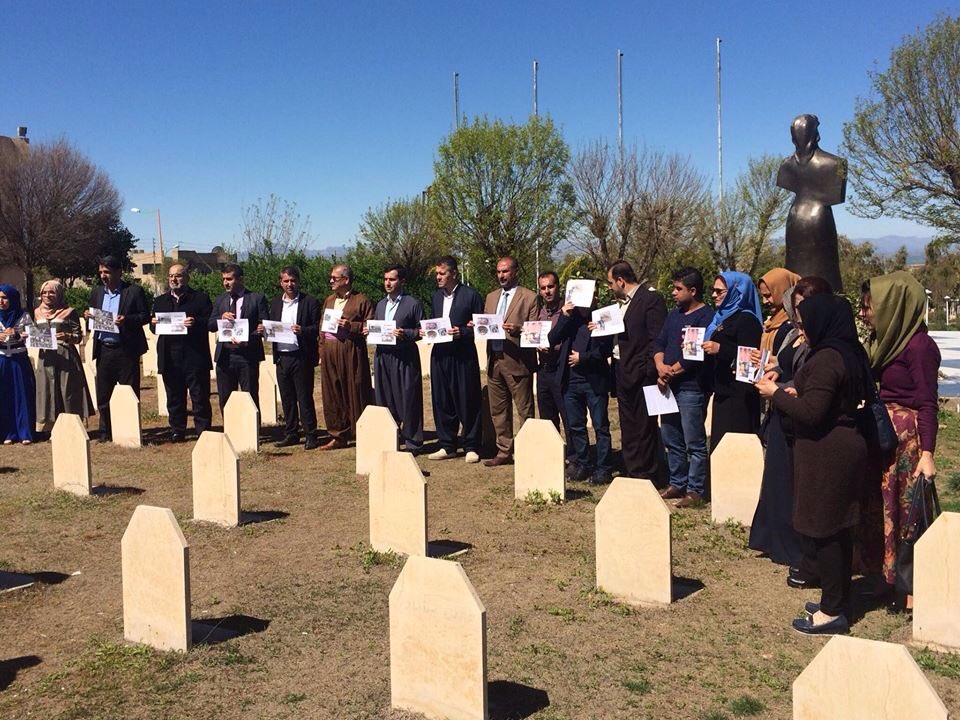 "The impulse to fight against work and management is immediately collective. As we fight against the conditions of our own lives, we see that other people are doing the same. To get anywhere we have to fight side by side. We begin to break down the divisions between us and prejudices, hierarchies, and nationalisms begin to be undermined. As we build trust and solidarity, we grow more daring and combative. More becomes possible. We get more organized, more confident, more disruptive and more powerful."
View all posts by nothingiseverlost →
This entry was posted in Internationalism and tagged Alliance of Syrian and Iranian Socialists, Assad, Frieda Afary, Iran, Joseph Daher, Syria, Trump. Bookmark the permalink.