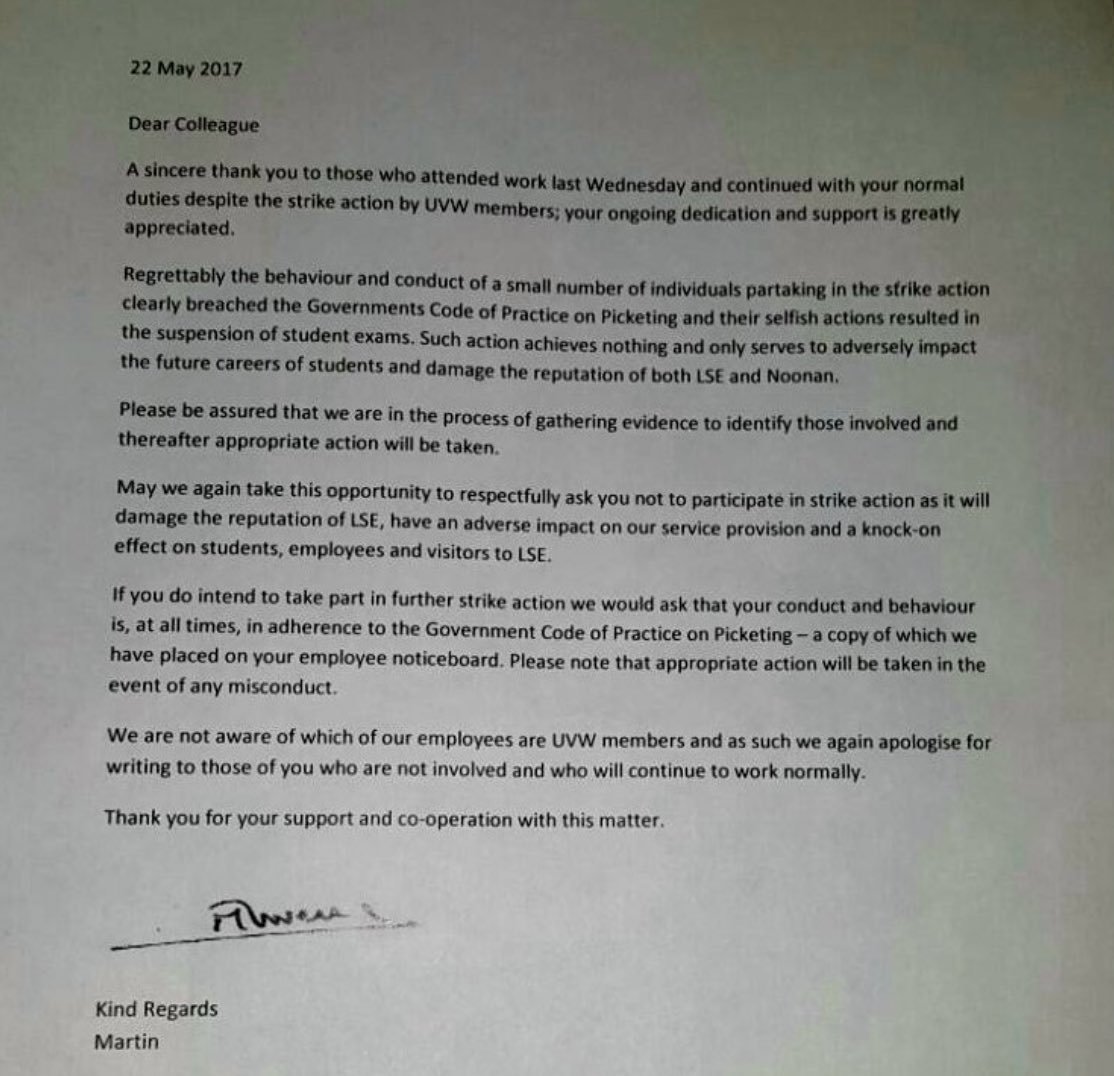 Management at the London School of Economics have written to striking cleaners, claiming that some of them had breached the government’s code of practice on picketing, asking them not to strike in future, and warning that “we are in the process of gathering evidence to identify those involved and thereafter appropriate action will be taken”. You can tell they really like saying “appropriate action will be taken”, since they use the phrase twice in one short letter. This is a clear attempt to intimidate workers.

If you’re in the London area, you can help back these workers in defying their employers’ attempted intimidation by going along to the next picket on Wednesday morning, the film showing about their campaign on Friday, and/or their party on Saturday night. No matter where you live, you can also help out by emailing LSE bosses at j.black@lse.ac.uk, a.blair1@lse.ac.uk, andrew.young@lse.ac.uk and telling them to wind their necks in, contributing to the cleaners’ strike fund, and/or signing this petition telling management to back down.

"The impulse to fight against work and management is immediately collective. As we fight against the conditions of our own lives, we see that other people are doing the same. To get anywhere we have to fight side by side. We begin to break down the divisions between us and prejudices, hierarchies, and nationalisms begin to be undermined. As we build trust and solidarity, we grow more daring and combative. More becomes possible. We get more organized, more confident, more disruptive and more powerful."
View all posts by nothingiseverlost →
This entry was posted in Repression, Unions, Work and tagged cleaners, LSE, United Voices of the World. Bookmark the permalink.