Union-busting attempt at Picturehouse, cleaners strike against sacking threats at HSBC, and other ongoing disputes

Posted on June 4, 2017 by nothingiseverlost

Things have taken a dramatic turn in the long-running Living Wage dispute at Picturehouse Cinemas, where the company has suspended six workers involved in union organising. Undeterred, workers at the Ritzy, Hackney, Central and Crouch End cinemas have been out on strike this weekend, while East Dulwich struck separately a few days earlier. More information about the company’s actions and the workers’ responses should hopefully be available soon.

In other workplace news, HSBC cleaners who’ve organised through the CAIWU, which seems to be yet another small grassroots union in the UVW/IWGB mould, will be out on strike against threatened redundancies on Tuesday 6th June, and are calling for people to join their picket lines in the morning, and help them have a big strike rally at lunchtime.

Over at the LSE, cleaners took their 6th and 7th days of strike action this week, and the latest news seems to be that management offered a settlement that would meet all the workers’ demands, and then just changed their minds and said that they weren’t going to do that after all. It seems likely that there’ll be more strike action soon, and they’re also planning to have a disruptive presence at the LSE’s summer school, with the first date of that action being planned for June 19th, if nothing’s settled by then.

The rolling strike action against sackings in the Equalities and Human Rights Commission continues, with EHRC staff having just finished striking in Wales, and the baton now being passed to Manchester for the 5th-9th of June. There’s also a benefit gig for the campaign planned for June 16th in Clapham, London. Also in the public sector, the response to the closure of 78 jobcentres across the country seems to consist entirely of strike action in Sheffield – god knows why they’re responding to this national issue at an entirely local level, but if you’re around in that area, staff at Eastern Avenue jobcentre will be out for 5 days starting from June 12th.

In other news, it sounds like the mobilisation against the EDL in Liverpool was a big success once again, with the fascists forced to cancel their march and get back on their trains. Coming up, June 11th is the international day of solidarity with anarchist prisoners, and it’s been suggested that people in the UK spend the day hassling prison-building company Mace. For more on prison stuff, check the new prison abolition podcast from the CAPE campaign, and you might want to take a moment to submit an objection to the plans for the proposed Yorkshire mega-prison. June 11th will also see a mobilisation against EDL spin-off “Gays Against Shariah” in Manchester.

Further ahead, Leeds Plan C have a discussion on the 12th of June about building movements after the election, West Midlands IWW have a filmshowing about the migrant crisis on the 13th, the Orgreave Justice Campaign are having a rally near the anniversary of the Battle of Orgreave on the 17th, and the end of the month will see a big antifascist festival in Manchester from the 23rd-25th, a Scottish week of action over disability benefits from the 23rd-30th,  and an international day of support for anarchist prisoner Eric King on June 28th. Further ahead still, there’s a fortnight of action against indefinite sentences in mid-July. 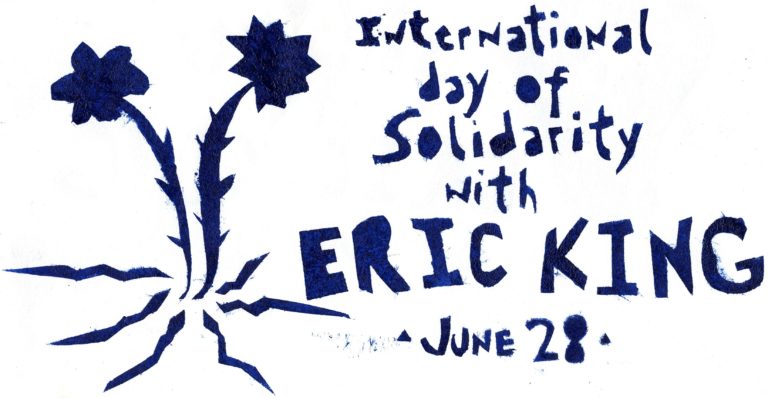 "The impulse to fight against work and management is immediately collective. As we fight against the conditions of our own lives, we see that other people are doing the same. To get anywhere we have to fight side by side. We begin to break down the divisions between us and prejudices, hierarchies, and nationalisms begin to be undermined. As we build trust and solidarity, we grow more daring and combative. More becomes possible. We get more organized, more confident, more disruptive and more powerful."
View all posts by nothingiseverlost →
This entry was posted in Anarchists, Disability, Protests, Racism, Repression, Strikes, Unemployment/claimants and welfare, Unions, Work and tagged CAIWU, cleaners, DWP, english defence league, Equality and Human Rights Commission, hsbc, Liverpool, LSE, PCS, Picturehouse Living Wage, United Voices of the World. Bookmark the permalink.

1 Response to Union-busting attempt at Picturehouse, cleaners strike against sacking threats at HSBC, and other ongoing disputes