Posted on September 19, 2017 by nothingiseverlost

As usual, the cops are still killing people, and some people are continuing to fight back, which in turn leads to more arrests and court cases. In St Louis, Missouri, there’s been several days of fierce resistance after Jason Stockley, the policeman who killed Anthony Lamar Smith, was acquitted, and reports are that 140+ people have been arrested. You can donate to their bail funds here. 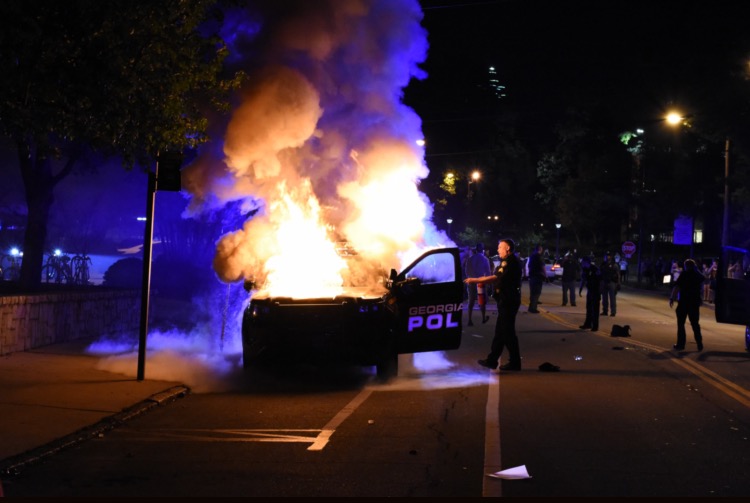 In Atlanta, Georgia, the police just killed a young comrade called Scout Schultz. The memorial march for Scout led to some confrontations with the police, and at least three people were arrested. You can donate to their bail funds here.

"The impulse to fight against work and management is immediately collective. As we fight against the conditions of our own lives, we see that other people are doing the same. To get anywhere we have to fight side by side. We begin to break down the divisions between us and prejudices, hierarchies, and nationalisms begin to be undermined. As we build trust and solidarity, we grow more daring and combative. More becomes possible. We get more organized, more confident, more disruptive and more powerful."
View all posts by nothingiseverlost →
This entry was posted in Anarchists, Protests, Racism, Repression and tagged Anthony Lamar Smith, Scout Schultz. Bookmark the permalink.