Not guilty! – Court finds in favour of direct action against the arms trade

Posted on October 26, 2017 by nothingiseverlost 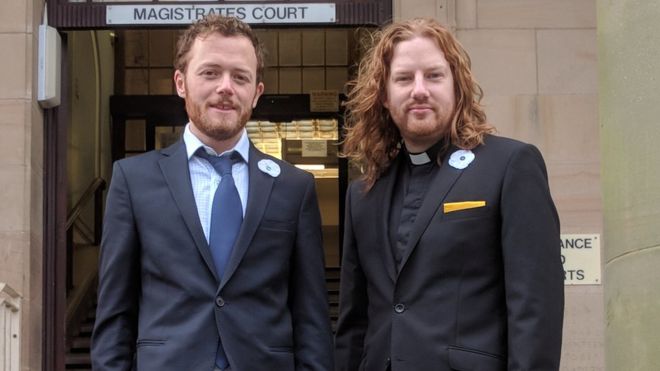 A cheering piece of news comes from Burnley Magistrate’s Court, where two people have just been acquitted of criminal damage charges arising from their attempts to destroy BAe fighter jets that were due to be sold to Saudi Arabia. Sam and Dan’s official press release is here, and here’s a BBC write-up complete with an entertainingly tight-lipped non-quote from a BAe spokesman.

As Sam and Dan’s joint statement put it:

“We do not regret taking action, and would do it again in a heartbeat. The only thing we regret is that we were not able to finish the job.”

"The impulse to fight against work and management is immediately collective. As we fight against the conditions of our own lives, we see that other people are doing the same. To get anywhere we have to fight side by side. We begin to break down the divisions between us and prejudices, hierarchies, and nationalisms begin to be undermined. As we build trust and solidarity, we grow more daring and combative. More becomes possible. We get more organized, more confident, more disruptive and more powerful."
View all posts by nothingiseverlost →
This entry was posted in Internationalism, Protests, Stuff that I think is pretty awesome and tagged arms trade, direct action. Bookmark the permalink.

2 Responses to Not guilty! – Court finds in favour of direct action against the arms trade