Posted on December 20, 2017 by nothingiseverlost

A call from the Hamburg G20 defence campaign, which doesn’t seem to have been translated into English anywhere else yet:

United we stood! Together against repression and authoritarian formation!

In the summer of 2017, we met internationally in Hamburg and shaped the images surrounding the G20 summit. But the repression associated with the summit protests still persists: many comrades have been arrested or threatened by trials. Let us together make a strong stand against repression and for a solidary perspective.
It has hit some, we all are meant. Come to Hamburg for the anti-repression demo as part of the “Day of political prisoners”. 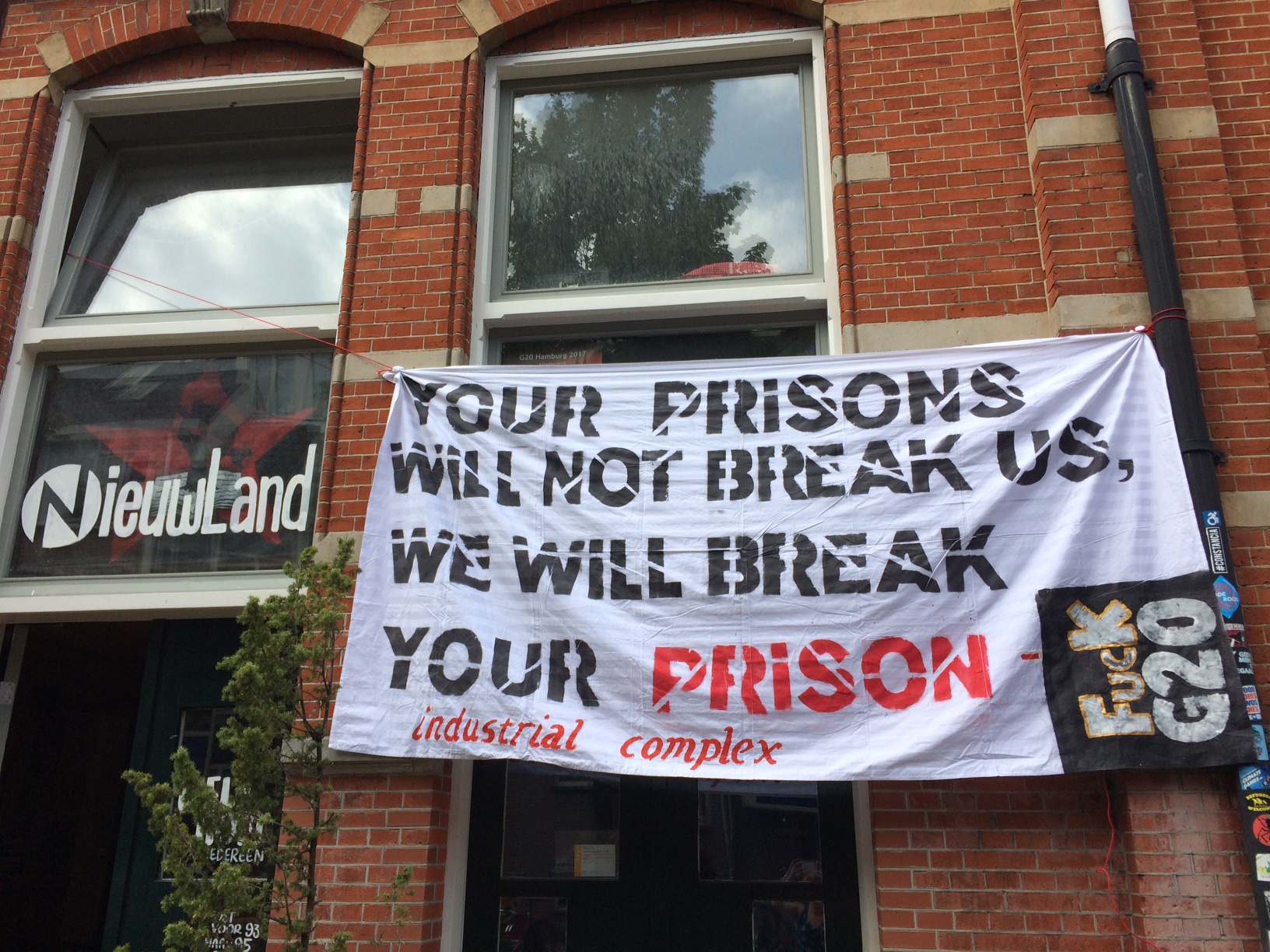 "The impulse to fight against work and management is immediately collective. As we fight against the conditions of our own lives, we see that other people are doing the same. To get anywhere we have to fight side by side. We begin to break down the divisions between us and prejudices, hierarchies, and nationalisms begin to be undermined. As we build trust and solidarity, we grow more daring and combative. More becomes possible. We get more organized, more confident, more disruptive and more powerful."
View all posts by nothingiseverlost →
This entry was posted in Anarchists, Protests, Repression and tagged G20, Hamburg. Bookmark the permalink.