Posted on January 25, 2018 by nothingiseverlost 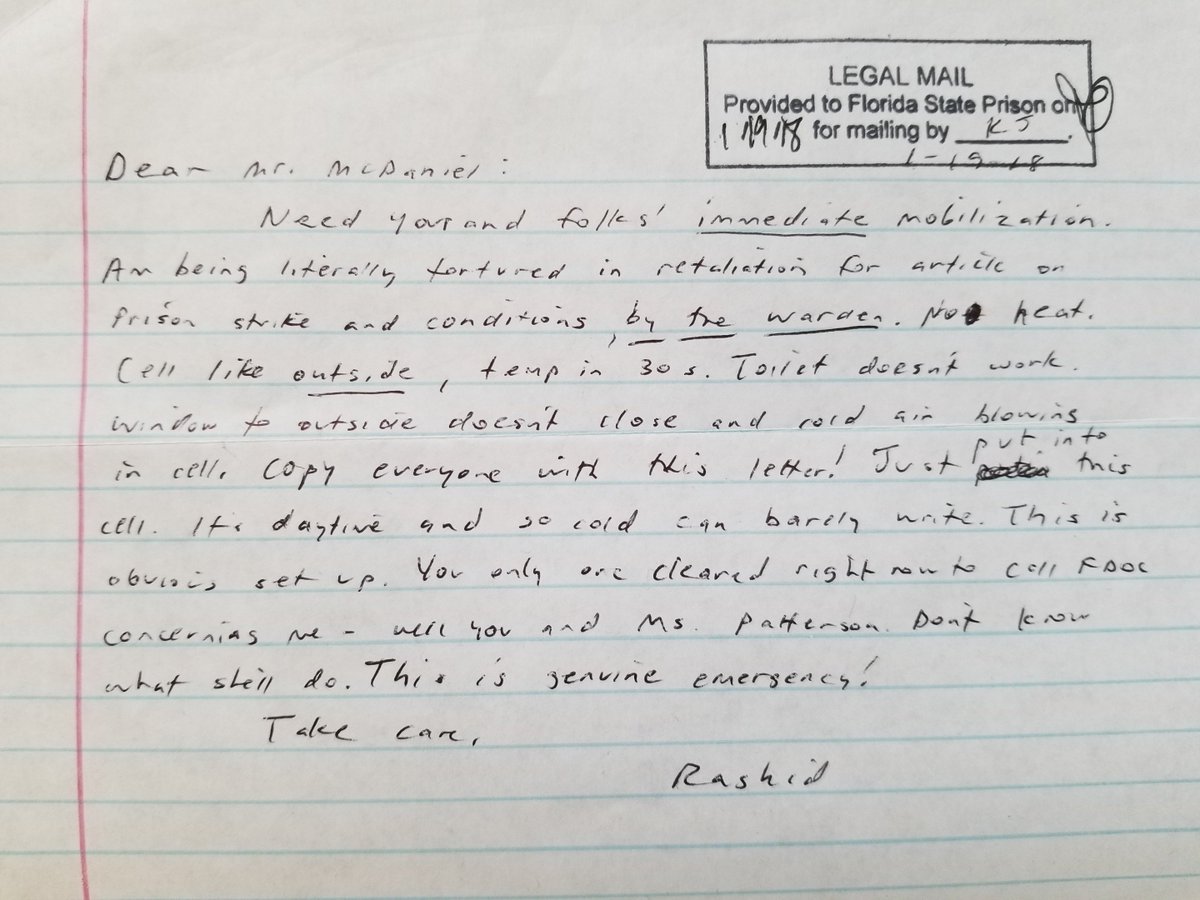 Kevin “Rashid” Johnson, a writer and organiser currently held in the Florida prison system, was recently given an “inciting a riot” charge for writing an article about an upcoming prison strike in that state. Now, he reports that, as of January 19th, he was thrown into a cold cell, with a broken toilet, no heating, and with a window that will not fully close, allowing cold wind to blow into the cell. The cell has the same temperature as the outside, where temperatures have been repeatedly at or below freezing. The note dated January 19th is the last anyone has heard from him. Rashid was already being held in an extreme form of solitary confinement as punishment for his previous organising, meaning that he is only permitted to contact the outside by writing legally protected letters to his lawyers.

DEMANDS
-Move Johnson (#158039) to a properly climate controlled cell with working toilet
-Immediately allow Mr. Johnson to make phone calls to his attorneys
-Stop retaliating against him for reporting on conditions within your prisons

Please report back on the response to your call
Send reports back to: jaybeware@riseup.net”

"The impulse to fight against work and management is immediately collective. As we fight against the conditions of our own lives, we see that other people are doing the same. To get anywhere we have to fight side by side. We begin to break down the divisions between us and prejudices, hierarchies, and nationalisms begin to be undermined. As we build trust and solidarity, we grow more daring and combative. More becomes possible. We get more organized, more confident, more disruptive and more powerful."
View all posts by nothingiseverlost →
This entry was posted in Repression, Strikes and tagged Fight Toxic Prisons, Kevin "Rashid" Johnson, Operation PUSH. Bookmark the permalink.