Posted on September 11, 2018 by nothingiseverlost 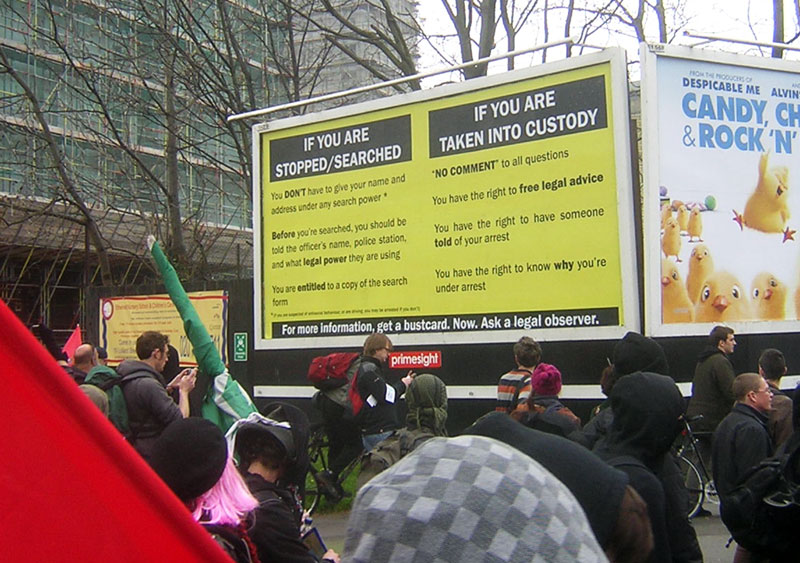 Reposting this announcement from Freedom News – between this and the not-bookfair, it’s really good to see people stepping up to fill some of the gaps in our movement’s infrastructure:

The demise of the Legal Defence Monitoring Group (LDMG) – the country’s longest standing defendant support organisation – left a conspicuous hole in the activist legal support apparatus that emerged from the anti poll tax campaign, Climate Camp and the 2010 student protests. While GBC and other Netpol affiliated groups continue to provide invaluable assistance to activists and campaigners of various stripes, without LDMG, there was no longer a group dedicated to supporting those facing or undergoing prosecution. Into this breach steps the Activist Court Aid Brigade or A.C.A.B for short (a lucky coincidence, we assure you).

Drawing together a wide range of people active on the far left, ACAB’s aim is to continue the work of LDMG in helping defendants navigate the intimidating complexity of the English legal system. We do so by organising defendants’ meetings; providing guidance on charges and possible defences; assisting in the construction of cases, whether or not the defendant is represented by a solicitor; providing physical and emotional support  during the course of proceedings, as well as producing useful resources such as updated versions of ‘No Comment: The Defendant’s Guide to Arrest’ and the android app ‘Bustcard.’

We offer this assistance to anyone arrested and/or facing prosecution for their alleged involvement in struggles for collective liberation and the destruction of capital. That said, due to our steadfast opposition to the state and the violence of the criminal justice system, we take a very dim view of those who choose to involve or talk to the police, with the important exception of incidents of immediate violence or cases of sexual/domestic abuse where community justice is impractical. We will not support any individuals facing prosecution for transphobic activities. The same holds true for those involved in racist, xenophobic or reactionary organising.

Legal support is vital not just because it improves the chances of defendants up in court, but also because it helps to sustain and reproduce the movement. In the face of state repression and violence, it is our collective responsibility to look out for one another, both in the courts and out. ACAB is an attempt to live up to that responsibility. The state has a wealth of experience and resources at it’s disposal for it’s use of the law and the judicial system. ACAB seeks to redress this balance and in some way offer a greater equality of arms.

If you or someone you know has been arrested as a result of emancipatory political activity, send us an email at courtsupport@protonmail.com

"The impulse to fight against work and management is immediately collective. As we fight against the conditions of our own lives, we see that other people are doing the same. To get anywhere we have to fight side by side. We begin to break down the divisions between us and prejudices, hierarchies, and nationalisms begin to be undermined. As we build trust and solidarity, we grow more daring and combative. More becomes possible. We get more organized, more confident, more disruptive and more powerful."
View all posts by nothingiseverlost →
This entry was posted in Anarchists and tagged Activist Court Aid Brigade. Bookmark the permalink.