Posted on September 25, 2018 by nothingiseverlost 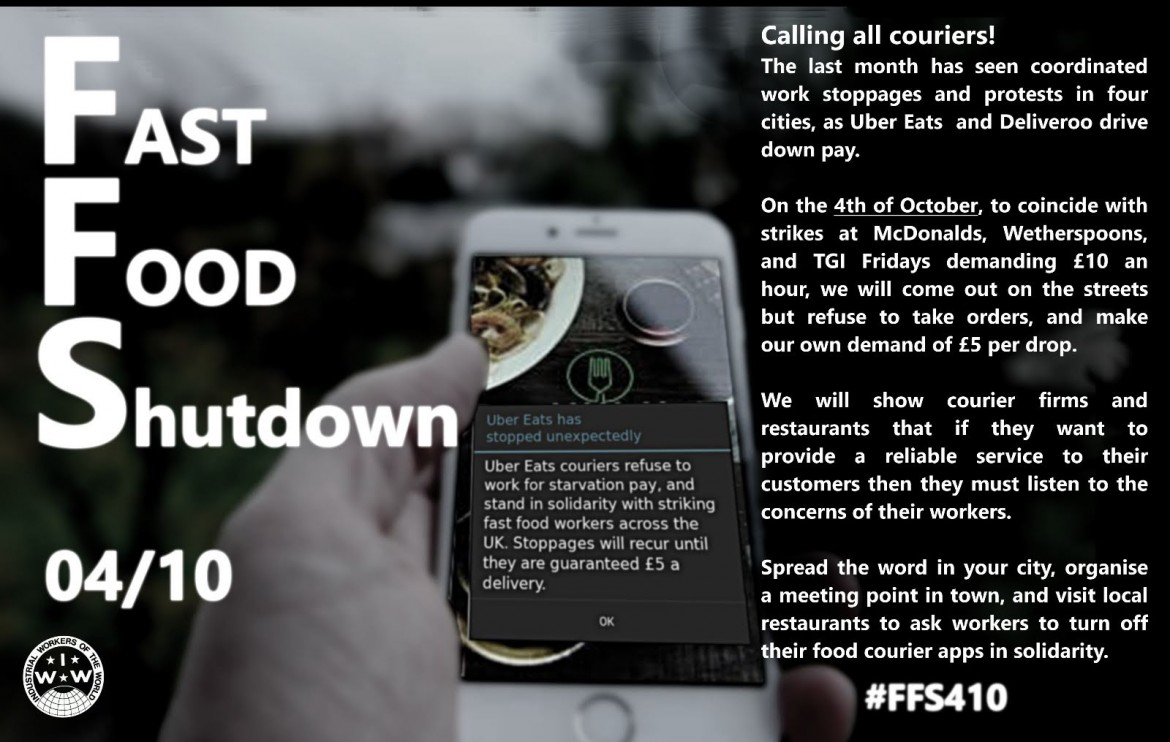 To coincide with the joint McDonalds/Wetherspoons/TGI Fridays strike on October 4th, the IWW couriers network are calling for UberEats and Deliveroo couriers to join the action:

The last month has seen coordinated work stoppages and protests in four cities, as UberEats and Deliveroo drive down pay.

On the 4th October, to coincide with strikes at #McDonalds, #Wetherspoons and #TGIFridays demanding £10 per hour, we will come out on the street, refuse to take orders and make our own demand of £5 per delivery!!

We will show courier firms and restaurants that if they want to provide a reliable service to their customers that they have to listen to their workers!

Spread the Word, Organise a demo, petition restaurants to turn off their delivery app in solidarity!”

The IWGB’s United Private Hire Drivers branch have also endorsed the call to action, so it seems likely that some Uber and other taxi drivers may be joining the strike. 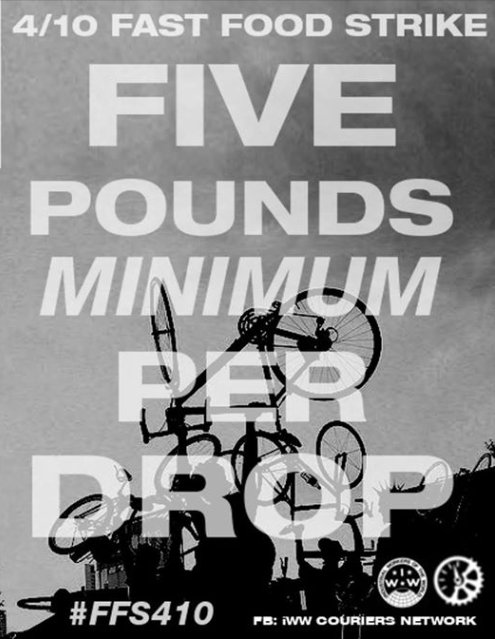 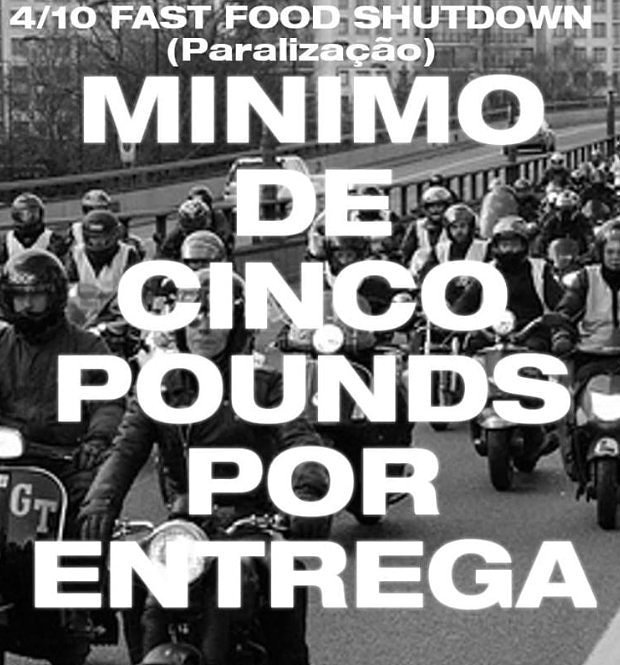 "The impulse to fight against work and management is immediately collective. As we fight against the conditions of our own lives, we see that other people are doing the same. To get anywhere we have to fight side by side. We begin to break down the divisions between us and prejudices, hierarchies, and nationalisms begin to be undermined. As we build trust and solidarity, we grow more daring and combative. More becomes possible. We get more organized, more confident, more disruptive and more powerful."
View all posts by nothingiseverlost →
This entry was posted in Strikes, Unions, Work and tagged couriers, Deliveroo, Industrial Workers of the World, IWGB, Uber, UBER Eats. Bookmark the permalink.