New resources: analysis of revolt in the service sector, and a database of known spycops

Posted on October 15, 2018 by nothingiseverlost

A few resources that have come out over the last few days:

Notes from Below have published a new mini-issue focusing on the service sector strikes at the start of October, which looks well worth a read:

“This mini-issue reflects on the month of revolt in the hospitality and platform work sectors. Workers at Uber/UberEats, Deliveroo, Wetherspoons, McDonalds and TGI Fridays have previously been organising, but in October they coordinated to strike on the same day. This is the first time that workers in the so-called “gig economy” have fought together with workers in the more-traditional service and hospitality sectors. For some of these groups of workers there are direct links, for example UberEats delivers food from McDonalds. Others are brought together through the experiences of low paid and precarious work, providing services that workers across the economy use – and increasingly rely upon.

At Notes from Below, we have covered the struggles of platform workers extensively in previous issues, as well as the earlier strikes at TGIFriday and an inquiry into the hospitality sector. For this mini-issue, we have drawn together a series of pieces that reflect upon the recent strikes as part of our move towards more frequent and focused inquiries. Across the five pieces, we present different takes on the day.”

The Undercover Research Group and the Guardian have collaborated to produce a full guide to known spycops to date and their targets, giving a clearer picture of the extent of state harassment of political campaigners. The Campaign Opposing Police Surveillance have also published a guide to recent developments in the long fight against the police cover-up on this subject. There’s also a personal reflection from someone who was spied on by South Wales spycop Marco Jacobs as a fifteen-year-old here.

For anyone in the Peterborough region wanting to act on this information, there’ll be demos against scumbag spycop-turned-tory-councillor Andy Coles on October 17th and December 12th.

Meanwhile, End Deportations continue to produce regular updates on the Stansted 15 trial as it continues, which you can read here. With the big counterdemo against the DFLA out of the way – and fairly successfully, by all accounts – other upcoming events in October include the “not the bookfair” festival this weekend and the “rise of the precarious workers” demo just before Halloween. Plan C have some further thoughts on what’s next for feminist antifascism here. Unite Community are also talking about a national day of action against Universal Credit in December, though not much seems to be confirmed yet. 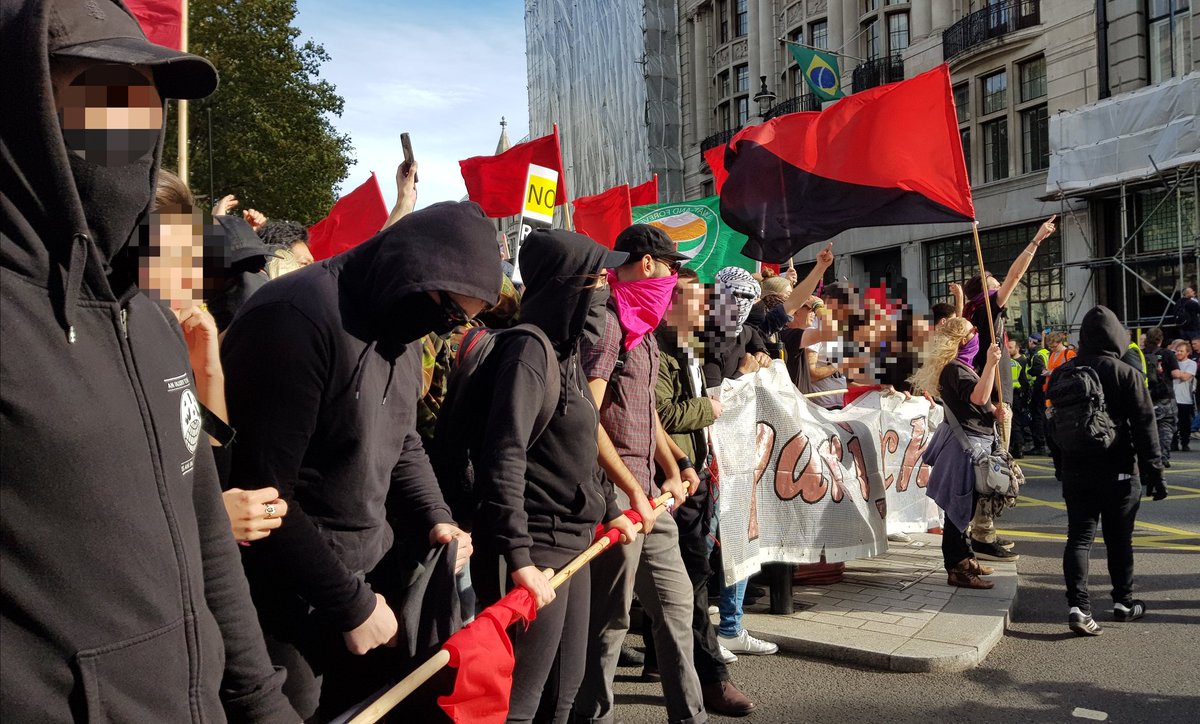 "The impulse to fight against work and management is immediately collective. As we fight against the conditions of our own lives, we see that other people are doing the same. To get anywhere we have to fight side by side. We begin to break down the divisions between us and prejudices, hierarchies, and nationalisms begin to be undermined. As we build trust and solidarity, we grow more daring and combative. More becomes possible. We get more organized, more confident, more disruptive and more powerful."
View all posts by nothingiseverlost →
This entry was posted in Protests, Racism, Repression, The right, Unemployment/claimants and welfare and tagged anti-fascism, Campaign Opposing Police Surveillance, Notes From Below, Plan C, spycops, Stansted defendants, Undercover Research Group. Bookmark the permalink.

2 Responses to New resources: analysis of revolt in the service sector, and a database of known spycops