Posted on December 18, 2018 by nothingiseverlost

On Wednesday 19th, staff employed by pub company Antic will be holding a demo at the head office xmas do*, in support of their collective demand for double pay for workers having to work on Christmas and New Year, as well as for union recognition.

Meanwhile, the Wetherspoons strikers are celebrating concessions won in the aftermath of their action in early October, including an annual pay rise being brought forward, equal pay for under 21s, a special pay rise for Brighton, and local improvements on rotas and bullying management: 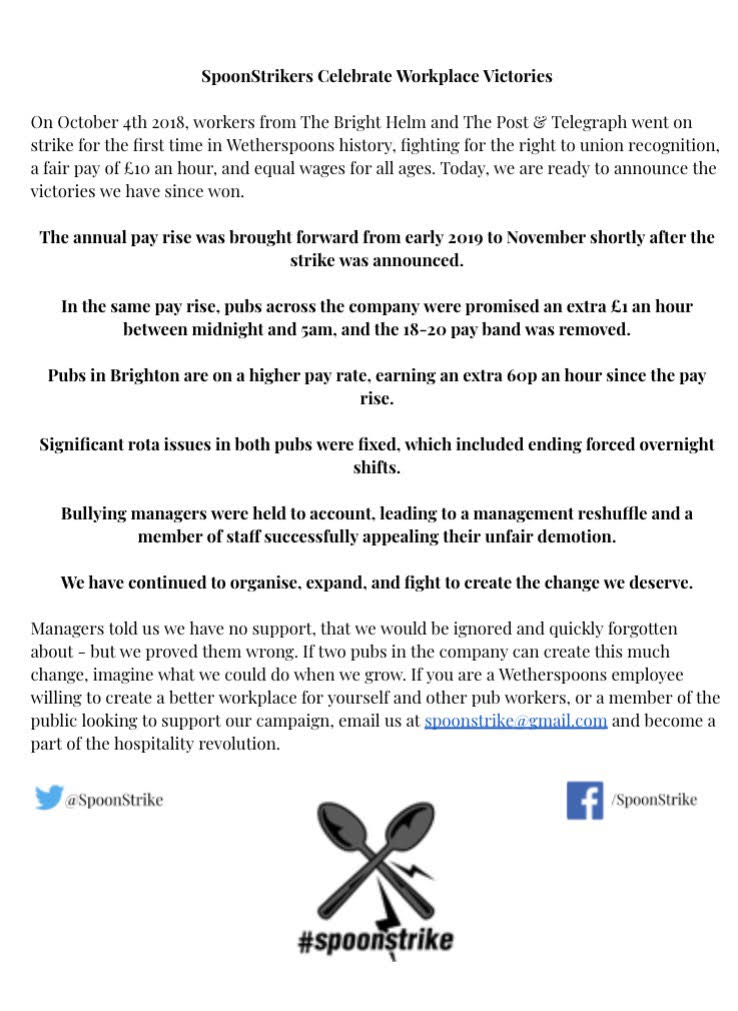 Not related to the pub trade, but cleaners at Debenhams have organised through the grassroots union CAIWU, and will be striking to demand a living wage on the last shopping Saturday before xmas:

That day will also see further RMT strike action to keep the guards on South Western and Northern trains.

*as a side note, who has their office xmas do on a Wednesday? They better be giving everyone the Thursday off – if not, maybe it’s time for head office staff to start unionising too?

"The impulse to fight against work and management is immediately collective. As we fight against the conditions of our own lives, we see that other people are doing the same. To get anywhere we have to fight side by side. We begin to break down the divisions between us and prejudices, hierarchies, and nationalisms begin to be undermined. As we build trust and solidarity, we grow more daring and combative. More becomes possible. We get more organized, more confident, more disruptive and more powerful."
View all posts by nothingiseverlost →
This entry was posted in Strikes, Unions, Work and tagged Antic, BFAWU, CAIWU, Debenhams, RMT, Unite, Wetherspoons. Bookmark the permalink.