Starting the year off with a bang: anarchist and class struggle events listings for early 2019

Posted on December 30, 2018 by nothingiseverlost

A quick listing of a few things coming up in the new year: 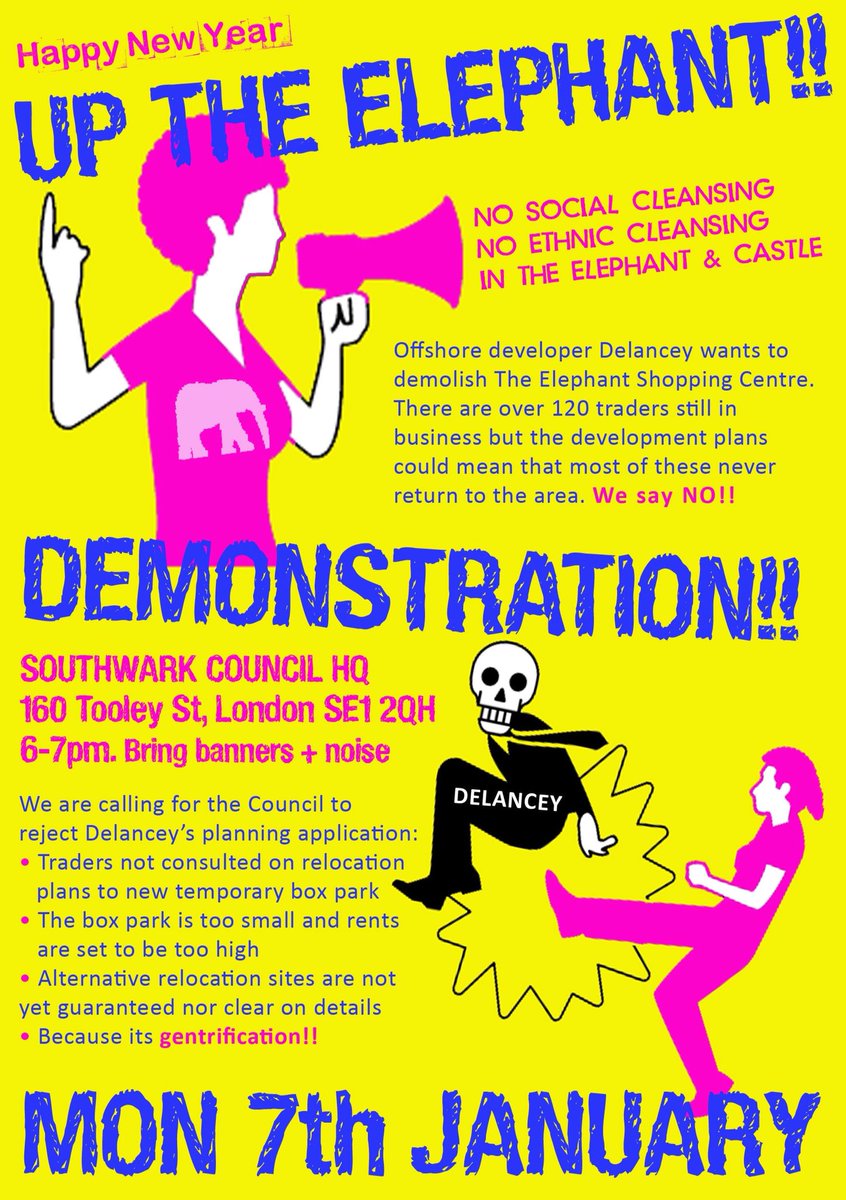 In Southwark, the campaign against the demolition of the Elephant will be starting the year off with an anti-gentrification demo on Monday 7th.

The Anarchist Communist Group are organising a fair few public meetings in the new year, starting with “class struggle in the care system” in London on the 13th and “what should the working class do about Brexit?” in Leicester on the 14th. The author of the book “Chav Solidarity” is running a small book tour, with stops in Bristol on the 13th, Machynlleth on the 16th and Shrewsbury on the 17th, with more Northern dates planned for February. In London, Action for Trans Health are having a fundraiser on the 17th.

The weekend of the 19th/20th already looks to be a busy one, with an important solidarity demo for Russian antifascists during the day of the 19th, and then in the evening a talk by people from a Greek squat that was recently attacked by fascists, followed by a fundraiser gig with proceeds being split between Greek and Russian comrades. Up in Doncaster, the Women’s Lives Matter campaign who fought to keep the local domestic violence service open are talking about holding a local protest targeting the council that day, after finding that the council that claimed to have no money for women’s services also gave Mike Ashley a £125,000 “incentive” to open up a shop in the town. On the 20th there’s a Norwich ACG meeting about the history of the German revolution, along with a Netpol meeting in London discussing masking up.

On the 22nd, there’s a co-ordinated strike between receptionists, security guards and cleaners at the Ministry of Justice who’ve organised through the grassroots union UVW, and support staff at the Department for Business who are in PCS. The MoJ strikers will also be out the day after. The 23rd also sees a call for people to come out and oppose a fancy arms industry dinner in London. 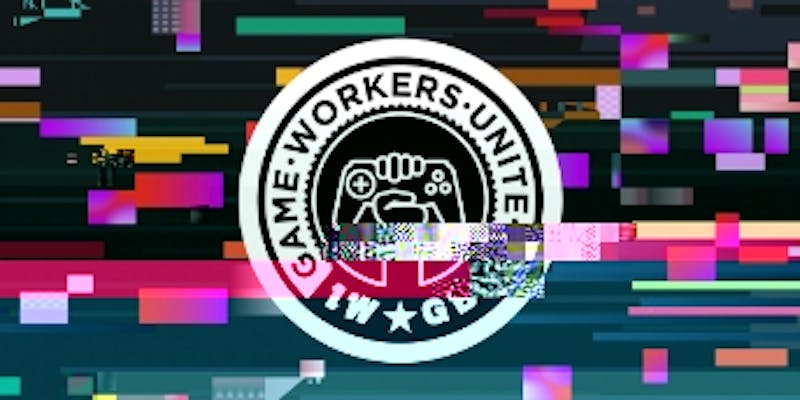 On Saturday the 26th, Games Workers Unite, the new union for workers in the games industry, will be holding a launch party in London, and there’s a “No War But The Class War” meeting in Dorking. Over in Northern Ireland, Derry will host the third annual Derry Radical Bookfair.

On the 28th in Nottingham, there’s the first in a two-part series looking at the meaning anarchism through some the ideas of some historical figures. RMT action in the “keep the guard on the train” dispute is likely to continue throughout the near future on both Northern and South-Western trains, and they’re also calling for a big demo in London on the 29th in solidarity with tube cleaners, who are facing the threat of 1000 jobs being cut. 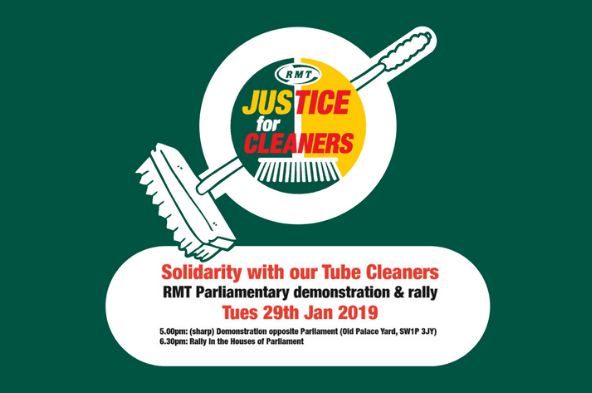 Looking further ahead into February, Leicester People’s Uni will be hosting an ACG discussion on visions of a society without government on the 2nd, and then on the 4th there’s a call for people to get down to Chelmsford Crown Court for the sentencing of the Stansted 15, as well as part 2 of the “meaning of anarchism” series in Nottingham. The Angry Workers of the World are looking to organise regular discussion meetings, with the first meeting being on Thursday, 7th of February, at 7:00pm at MayDay Rooms, 88 Fleet Street, EC4Y 1DH, discussing Mike Davis’ text ‘Old Gods, New Enigmas’.

Further ahead still, it’s been confirmed that the Wakefield trade union festival, With Banners Held High, will be returning on Saturday May 18th, with a focus on the aftermath of WWI from a working-class perspective. 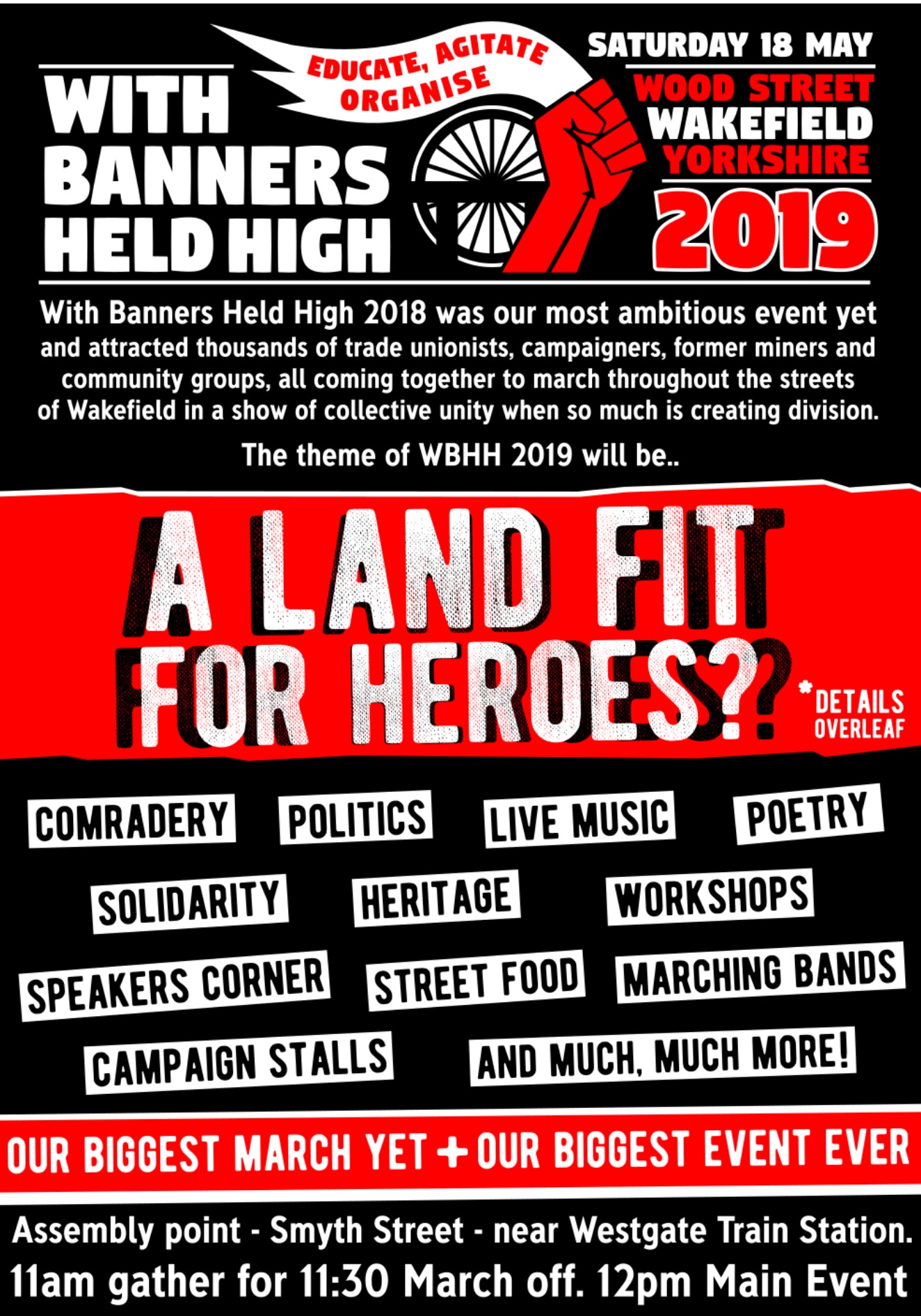 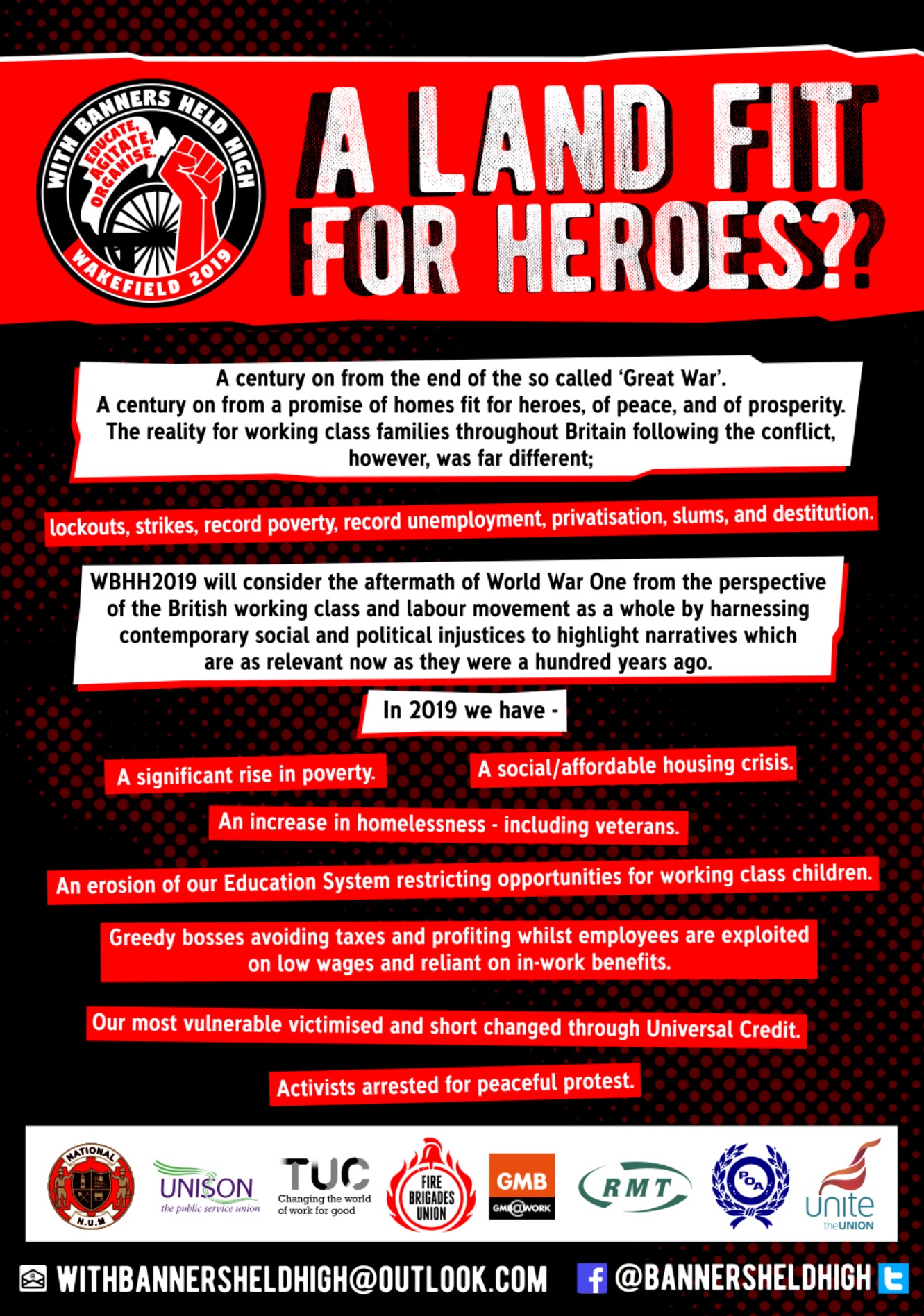 "The impulse to fight against work and management is immediately collective. As we fight against the conditions of our own lives, we see that other people are doing the same. To get anywhere we have to fight side by side. We begin to break down the divisions between us and prejudices, hierarchies, and nationalisms begin to be undermined. As we build trust and solidarity, we grow more daring and combative. More becomes possible. We get more organized, more confident, more disruptive and more powerful."
View all posts by nothingiseverlost →
This entry was posted in Anarchists, Strikes, Unions, Work and tagged Anarchist Communist Group, Games Workers Unite, NetPol, PCS, RMT, Russia, Stansted defendants, United Voices of the World, Up the Elephant, With Banners Held High. Bookmark the permalink.

4 Responses to Starting the year off with a bang: anarchist and class struggle events listings for early 2019