You can’t polish a turd, but you can stick a yellow vest on it: solidarity with striking railway workers facing fascist attacks

Posted on January 7, 2019 by nothingiseverlost 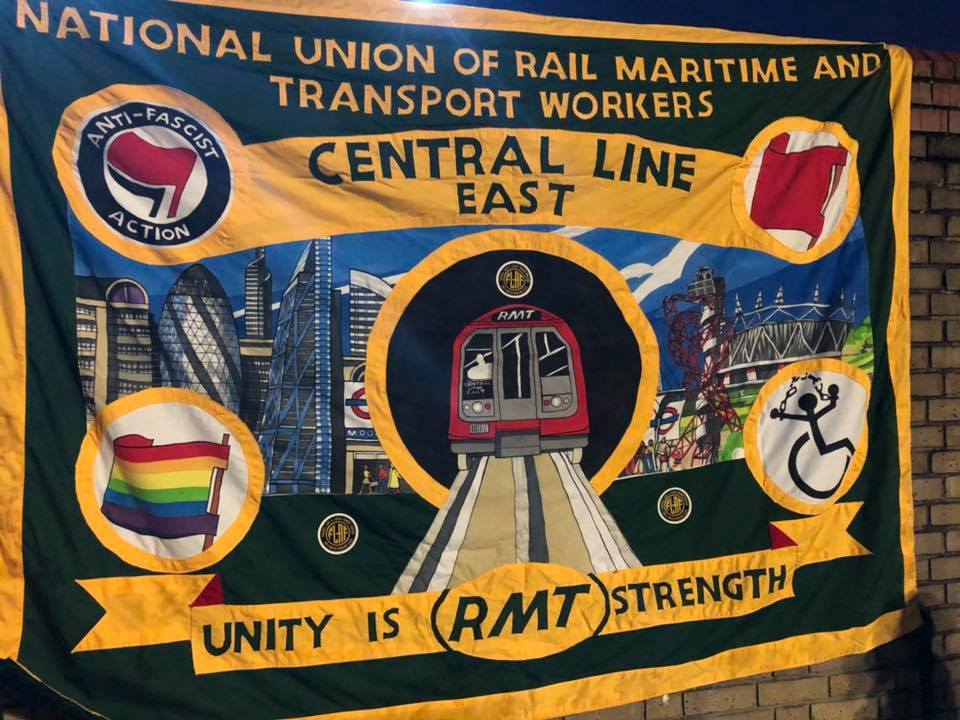 In a feeble attempt to magic a social movement into being by adopting some symbols associated with the revolt in France, a small amount of fascists took to the streets on Saturday wearing yellow vests, and, in at least one case, what looks like one of those stupid red Trump hats:

In Manchester, they attempted to attack a picket line and racially abused a striking worker, as Merseyside Anti-Fascist Network report:

“Striking transport workers were attacked on their picket line at Manchester Victoria by a bunch of yellow vest fascists.

The picketers, who have been campaigning over cuts to safety-important train guard roles, were attacked for being leftist and part of the organised working class. An Asian picket was abused and called a sex offender, paedophile and nonce

One fascist took a video in a vest with Tommy Robinson news written on it, there were people there wearing DFLA and EDL t-shirts, and ex-BNP Liverpool 2012 mayoral candidate Mike Whitby was there abusing pickets.

This is a timely reminder that fascists are nothing but lackeys of the rich elites, a force against working class people of all colour. They are class traitors and must be opposed whatever they are wearing and whatever narrative they hide behind.

They are also too stupid to know the RMT are a pro-Brexit union, instead attacking them just for being “lefties”.

We call on all anti fascists and leftists to show solidarity with the RMT on their picket lines on Saturday January 12th.”

For anyone in Manchester, a call has gone out for a mass presence at Victoria on Saturday morning; as usual, there will also be pickets at other train stations across the North. I’m not aware of any other strikes currently scheduled on South-Western, but for anyone on that part of the world, the RMT will also be holding a demo in Portsmouth on the 12th against Condor Ferries paying poverty wages. Or, if you’re London-based, upcoming relevant events include the Russian antifascist solidarity demo and benefit gig on the 19th, and the tube cleaners’ demo on the 29th. You can donate to the national dispute fund here, and there’s also a separate fund specifically for the Arriva Rail North dispute.

"The impulse to fight against work and management is immediately collective. As we fight against the conditions of our own lives, we see that other people are doing the same. To get anywhere we have to fight side by side. We begin to break down the divisions between us and prejudices, hierarchies, and nationalisms begin to be undermined. As we build trust and solidarity, we grow more daring and combative. More becomes possible. We get more organized, more confident, more disruptive and more powerful."
View all posts by nothingiseverlost →
This entry was posted in Racism, Strikes, The right, Unions and tagged anti-fascism, RMT. Bookmark the permalink.

3 Responses to You can’t polish a turd, but you can stick a yellow vest on it: solidarity with striking railway workers facing fascist attacks