The usual semi-regular listing of recent grassroots class struggle news and upcoming events – if you’re looking for commentary on the Euro elections, Theresa May and all that you can find plenty elsewhere:

The strike action by staff in Universal Credit centers in Walsall and Wolverhampton is set to continue with two more walkouts on the 28th and 29th of May. At a time when Universal Credit as a whole is coming under increased criticism, hopefully this might take us one step closer to the collapse of the scheme.

The decentralised anarchist festival is set to run across the weekend of the 31st May-2nd June, with events mainly scheduled for London, but also taking place in Newcastle, Southampton, Brighton, Cambridge, Preston and Bristol.

Other events happening at the start of June include a victory march organised by Hackney tenants to celebrate the defeat of letting agent fees, and a protest organised by the grassroots UVW union in support of one of their members, a cleaner who’s being victimised by Chanel.

London’s grassroots/base unions have been busy lately, with Deliveroo riders organised through the IWW staging a two-day strike at a Deliveroo kitchen in Swiss Cottage, and the IWGB persuading the Universities and Colleges Union to back their boycott of the University of London’s admin centre, as well as helping organise strike action among medical couriers working for The Doctor’s Laboratory, among other things. They’re also engaged in a dispute over pay, sick pay and outsourcing among kitchen porters employed by a posh Mayfair club called LouLou’s, with the next protest being scheduled for the 7th of June.

On June 8th, Solidarity, the film about the blacklist struggle, will have its premiere in Sheffield. After that, there’s more IWGB-related action, as the Doctor’s Laboratory couriers have just voted to strike again on June 10th as part of their ongoing fight against pay cuts. The middle of June will see a busy few days for the Orgreave Truth and Justice Campaign, who’re helping host a “From Peterloo To Orgreave” event in Manchester on Thursday 13th ahead of their annual Orgreave commemoration rally on the 15th.

Other upcoming events of interest include the Antiuniversity running in London throughout mid-June from around the 15th onwards, and then the Edinburgh Anarcha-Feminist Bookfair at the end of June. 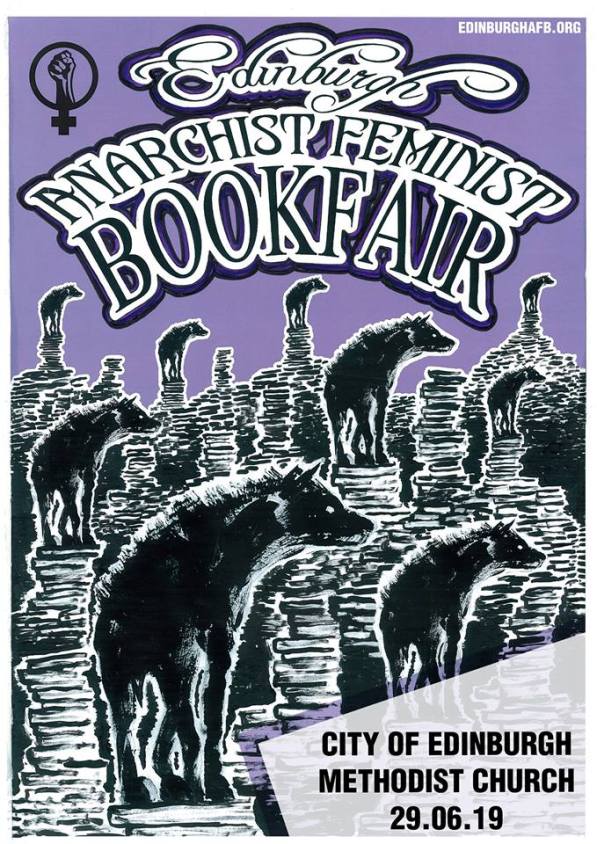 "The impulse to fight against work and management is immediately collective. As we fight against the conditions of our own lives, we see that other people are doing the same. To get anywhere we have to fight side by side. We begin to break down the divisions between us and prejudices, hierarchies, and nationalisms begin to be undermined. As we build trust and solidarity, we grow more daring and combative. More becomes possible. We get more organized, more confident, more disruptive and more powerful."
View all posts by nothingiseverlost →
This entry was posted in Anarchists, Housing, Strikes, Unions, Work and tagged Blacklist Support Group, Deliveroo, Industrial Workers of the World, IWGB, IWGB Couriers and Logistics Branch, Orgreave Truth & Justice Campaign, PCS, United Voices of the World, Universal Credit. Bookmark the permalink.