Posted on June 17, 2019 by nothingiseverlost

Quick updates on a few things not covered in my last post:

I’d missed that there was two weeks of strike action by cleaners working in government departments, with cleaners at the Foreign and Commonwealth Office striking over pay and conditions last week and cleaners along with catering and security staff at the business deparment BEIS walking out for five days from Monday 17th on.

“Outsourced workers (catering, security, postal, porter and cleaning workers) are striking over their poverty pay and outrageous treatment at the hands of Aramark and ISS World.

BEIS outsourced workers have been striking for nearly 6 months now fighting for the London Living Wage and terms and conditions comparable to civil servants they work alongside. They are sick of BEIS’s ‘fair and competitive wage’ mantra and want a LIVEABLE wage. Recently their Trade Union, PCS Union, had to set up food banks inside the Department because the contractor ISS World can’t pay people the money they are entitled to.

Wednesday 19 June, 07:30am – 15:00.
• Picket lines outside BEIS, 1 Victoria Street, followed by a rally in Parliament Square at lunchtime with Labour front bench team.

As well as joining them on the picket lines, for their picnic, and/or for their surprise on Friday, you can help by donating to their hardship fund here.

Elsewhere, there are calls to support workers standing up against management victimisation in Birmingham and Merseyside on Wednesday 19th. In Birmingham, a union rep is facing trumped-up disciplinary charges from construction company Fortem after whistleblowing over health and safety breaches.

“Fortem are attacking our shop steward and health safety rep due to carrying out their union-mandated activities and whistleblowing over the suspicion of possible health and safety breaches.

Our rep is now facing trumped up charges due to being a dedicated union activist and putting workers & tenants health first – something in this era of social housing tragedies should be applauded not be punished for by FORTEM.

Show your solidarity by joining Unite’s protest to drop all charges against Unite’s health&safety reps / shop stewards and to stamp out all union-busting & blacklisting in our city.

All welcome from unions, campaign groups and Birmingham residents.

Over in the North-West, the same Wednesday will see a rally in support of the striking plastics workers at Colloids, who are also fighting for the reinstatement of a victimised rep. 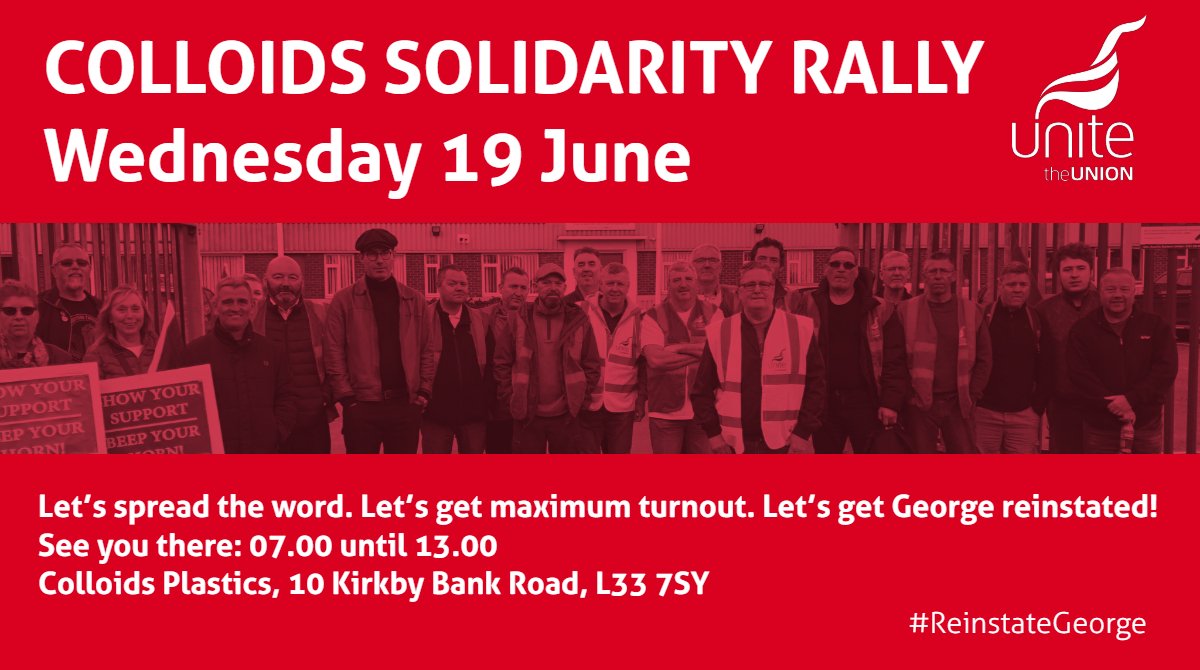 "The impulse to fight against work and management is immediately collective. As we fight against the conditions of our own lives, we see that other people are doing the same. To get anywhere we have to fight side by side. We begin to break down the divisions between us and prejudices, hierarchies, and nationalisms begin to be undermined. As we build trust and solidarity, we grow more daring and combative. More becomes possible. We get more organized, more confident, more disruptive and more powerful."
View all posts by nothingiseverlost →
This entry was posted in Strikes, Unions, Work and tagged cleaners, construction, PCS, Unite. Bookmark the permalink.