Posted on July 5, 2019 by nothingiseverlost

A few quick updates on things not covered in the last round-up:

The Angry Workers of the World are asking for a solidarity phone-in to a beauty salon that underpaid a building worker. They ask:

Hope you all good. A building worker contacted us after he had been paid only £420 for two weeks of work, converting a beauty salon in West Drayton. We send various letters to the owner of the shop and visited the shop last Saturday. The boss threatened our fellow building worker with sending the police to his home, but otherwise didn’t move. We have to step things up a bit and ask you all to phone the shop on Friday and Saturday (5th and 6th of July). It is likely that the people who pick up the phone are workers who hire chairs in the salon, so please be polite when delivering a message along these lines:

“I just want to inform you that Mr Yaseen still hasn’t been paid his outstanding wages and urge you to ask the owner of the shop to get in touch with the IWW trade union.”

They also have a new issue of their West London workers’ paper out now.

Meanwhile, the main London IWW branch have also put a request for help out:

“LONDON CALLOUT: London IWW is planning a wildcat action in the coming weeks aimed at resisting exploitative working conditions being inflicted on organised workers! Much like with some of our recent actions we would love for volunteers to stand in solidarity with our Union. We can’t give you the location or time for this yet, so if you want to get involved PLEASE EMAIL us at london@iww.org.uk or SEND A DM to this account. You will then be put into a private message list in order to share details closer to time. Due to the nature of the action we will likely *not* be sharing location, target business, or time publicly. It is therefore important that you contact us directly.”

Outsourced cleaners and catering staff fighting for the London Living Wage at government department BEIS have declared that they’ll be taking indefinite strike action from the 15th onwards. They’re inviting people to come down and join them as they start the indefinite strike by walking out at 12pm on the day. By my reckoning, that makes at least the third ongoing all-out strike, along with Bromley library staff and Colloids on Merseyside.

In other union action, the staff organising through the IWGB at posh Mayfair member’s club Loulou’s are calling for another protest on Thursday 11th, (the same evening as the next AWW reading group), and on Friday 12th the IWGB will also be hosting a “welcome party” for the University of London’s new Vice-Chancellor, reminding her of the ongoing dispute around outsourced workers on the campus. They’re also selling quite nice fundraiser t-shirts at the moment.

In not-directly-union news, there’s going to be a “rent strike weekender” happening in London on the 13th and 14th (they’re also selling some extremely snazzily-designed fundraiser shirts at the moment), and the campaign to save London Black Women’s Project continues with the next protest being planned for Monday 15th July. 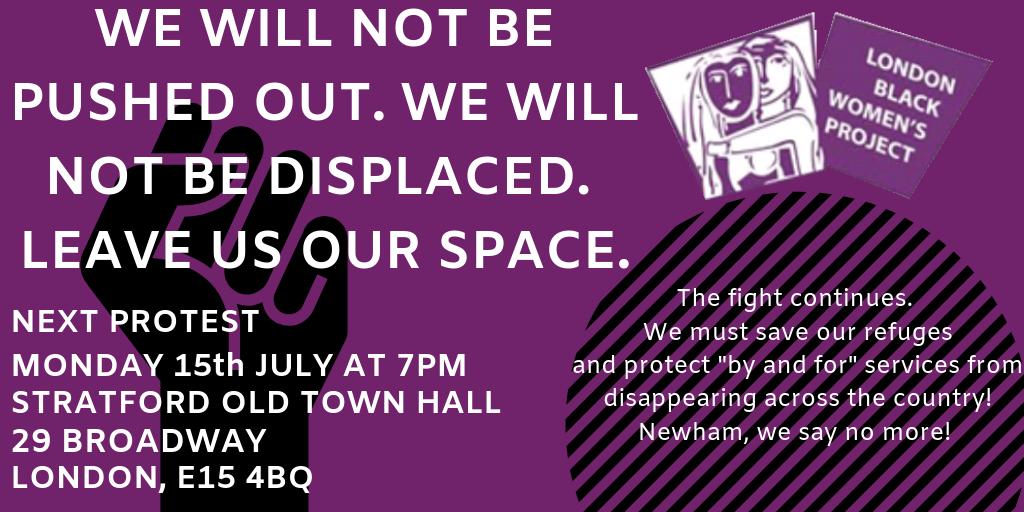 "The impulse to fight against work and management is immediately collective. As we fight against the conditions of our own lives, we see that other people are doing the same. To get anywhere we have to fight side by side. We begin to break down the divisions between us and prejudices, hierarchies, and nationalisms begin to be undermined. As we build trust and solidarity, we grow more daring and combative. More becomes possible. We get more organized, more confident, more disruptive and more powerful."
View all posts by nothingiseverlost →
This entry was posted in Gender, Strikes, Unions, Work and tagged Angry Workers of the World, Industrial Workers of the World, IWGB, PCS, rent strike, University of London. Bookmark the permalink.