Posted on October 7, 2019 by nothingiseverlost

A quick listing of ongoing strike funds and a few upcoming events:

There are currently live strike funds for the Bromley libraries workers who’ve been out on an indefinite strike since July against cuts and demanding a properly staffed service, the University of Birmingham staff who’ve been striking over pay and conditions, and the low-paid workers across a range of workplaces in London who’ve been organising through the UVW union and expect to strike soon. Maintenance workers who look after former council-owned properties across Salford and Oldham have voted to walk out after being denied a pay raise – there’s no strike dates set as yet, but there’s strong echoes of the recent housing maintenance workers dispute in Manchester that won after 87 days of action. Unite are also planning a series of actions and events on the HS2 construction project, where construction companies Costain and Skanska, who both have a record of blacklisting union members, have been trying to keep unions off the site, so keep an eye out for more on that. There’s a short video about the campaign so far that you can watch here.

Coming up this week, there’s a fair few protests organised at train stations as part of the RMT’s “Justice for Cleaners” campaign – to start off with, they’ll be outside Leeds station on Tuesday 8th. That day also sees London Renters Union, Generation Rent and ACORN staging a joint mass protest against evictions in London, the Save Latin Village campaign mobilising for a big day in court trying to stop the demolition of Latin Village, and the new “Riding for Deliveroo” book has its Bristol launch date that evening. On the morning of Wednesday 9th, Manchester RMT will be holding a protest outside Piccadilly in response to the rising level of attacks on railway workers, and in Birmingham that evening there’s more standing outside train stations action as part of the justice for cleaners campaign. On Thursday 10th, it’s the turn of Liverpool Lime Street, and in London ECourier employees organised through the IWGB will be striking to demand a living wage and worker status from the 10th-11th. Then, on Friday 11th, the RMT will be out campaigning against cuts and closures at ticket offices across the London Overground, there’s a Justice for Cleaners event outside Manchester Piccadilly (the second RMT event there in three days), there’s an infonight and fundraiser party in solidarity with Athens squats in London, and the new blacklisting/spycops film, Solidarity, will be getting a showing in Stirling.

Coming up this weekend, Wilko warehouse workers at two giant sites in Magor, Wales and Worksop are set to strike from the 11th-12th and then again from the 14th-15th in response to management’s attempts to force a new rota. On Saturday, down in Bristol there’s a radical history festival looking at Britain and Ireland’s uprisings in the wake of WWI and tracing the development of environmental politics from the Romantics to the present day, and in West Yorkshire Kirklees Anti-Fascist Assembly will be facing down a far-right march through Dewsbury. 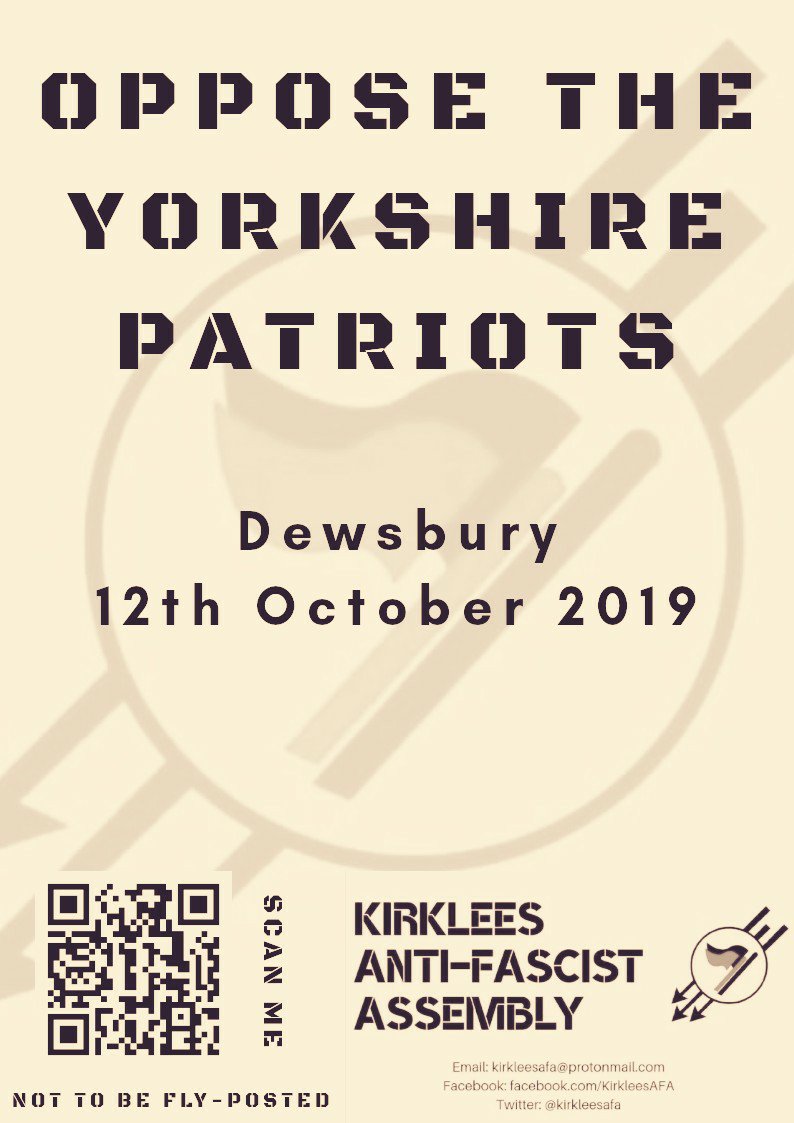 Further ahead, on Monday 14th the Justice for Cleaners campaign comes to Glasgow station, and on Wednesday 16th there’s the latest in a long-running series of demos against abusive spycop-turned-Tory-councillor Andy Coles in Peterborough. Speaking of undercover cops, the new spycops/blacklisting film Solidarity will also be showing in Swansea on the 17th, Birmingham on the 18th, and Derby on the 19th.

Toward the end of the month, library and museum staff in Bradford will be striking on the 21st-22nd as part of a big series of action against massive cuts to the services. On the 24th, the Nottingham Riders’ Network of the IWGB will be hosting a discussion on work and riders’ organisation at Deliveroo as part of the Riding for Deliveroo book tour, and on the 25th ACORN Sheffield host the Sheffield leg. The 25th also sees the Solidarity film come to Glasgow. On the 26th, Manchester IWW host the “Riding for Deliveroo” tour alongside a panel of workplace organisers talking about their experiences, and there’s a protest to shut down Morton Hall detention center in Lincolnshire, with transport arranged from a few Northern and Midlands cities.

Closing out the month, on the 27th there’s a talk in Newcastle about “State Subversion and the North-East”, aiming to redress the London-centric nature of coverage of the spycops story, the Solidarity film comes to Leicester on the 30th, and on Halloween/Glorious No-Deal Brexit Crash-Out Day/Brexit Betrayal Day Part however many it is now (delete as appropriate), London Anti-Fascist Assembly will be out to oppose whatever the far-right end up doing on the day.

Finally, a few November dates: On the 2nd, there’s the Nottingham Radical Bookfair; on the 4th, the Solidarity film makes its way down to Crouch End in London; and the Bradford libraries and museums strike against cuts resumes over the 5th-7th, and then again on the 18th-21st. On November 7th, the Solidarity film has its Newcastle premiere, and on the 16th there’s a big conference on undercover policing, blacklisting and the trade unions, jointly hosted by the Campaign Opposing Police Surveillance, Police Spies Out Of Lives and the Blacklist Support Group.

"The impulse to fight against work and management is immediately collective. As we fight against the conditions of our own lives, we see that other people are doing the same. To get anywhere we have to fight side by side. We begin to break down the divisions between us and prejudices, hierarchies, and nationalisms begin to be undermined. As we build trust and solidarity, we grow more daring and combative. More becomes possible. We get more organized, more confident, more disruptive and more powerful."
View all posts by nothingiseverlost →
This entry was posted in Housing, Protests, Repression, Strikes, Unions, Work and tagged ACORN, Blacklist Support Group, Bristol Radical History Group, Bromley libraries, Campaign Opposing Police Surveillance, Deliveroo, Industrial Workers of the World, IWGB, justice for cleaners, Kirklees Anti-Fascist Assembly, London Anti-Fascist Assembly, Police Spies Out of Lives, RMT, Unison, Unite, United Voices of the World. Bookmark the permalink.