Posted on October 29, 2019 by nothingiseverlost

In an interesting new development, the Communications Workers Union has set up a new “supporters network” to help them mobilise wider community support in the upcoming Royal Mail strike. In their words:

“The fight against exploitative employers, dodgy contracts and insecure work requires the support of every single community across the country.

Our recent vote for strike action in Royal Mail Group was secured by connecting with our membership in every corner of the UK – both online and on the ground.

Now we need your help to take our message to the public. By joining CWU Supporters you will be contacted with campaign materials and resources that will help us win this battle – and the others we are fighting.”

Of course, all unions have their limitations, the relatively militant ones like CWU and RMT as much as the more obviously flawed ones like the GMB and so on. While the CWU have done a great job so far at jumping through the hoops of industrial relations law, it’s possible that winning the dispute at Royal Mail might call for new forms of organisation capable of acting outside that legal framework altogether. But these kinds of argument are only vaguely meaningful if they’re made within the struggle itself, and it seems like the new network might be a good way for those of us who aren’t posties to start making some contribution to that struggle. 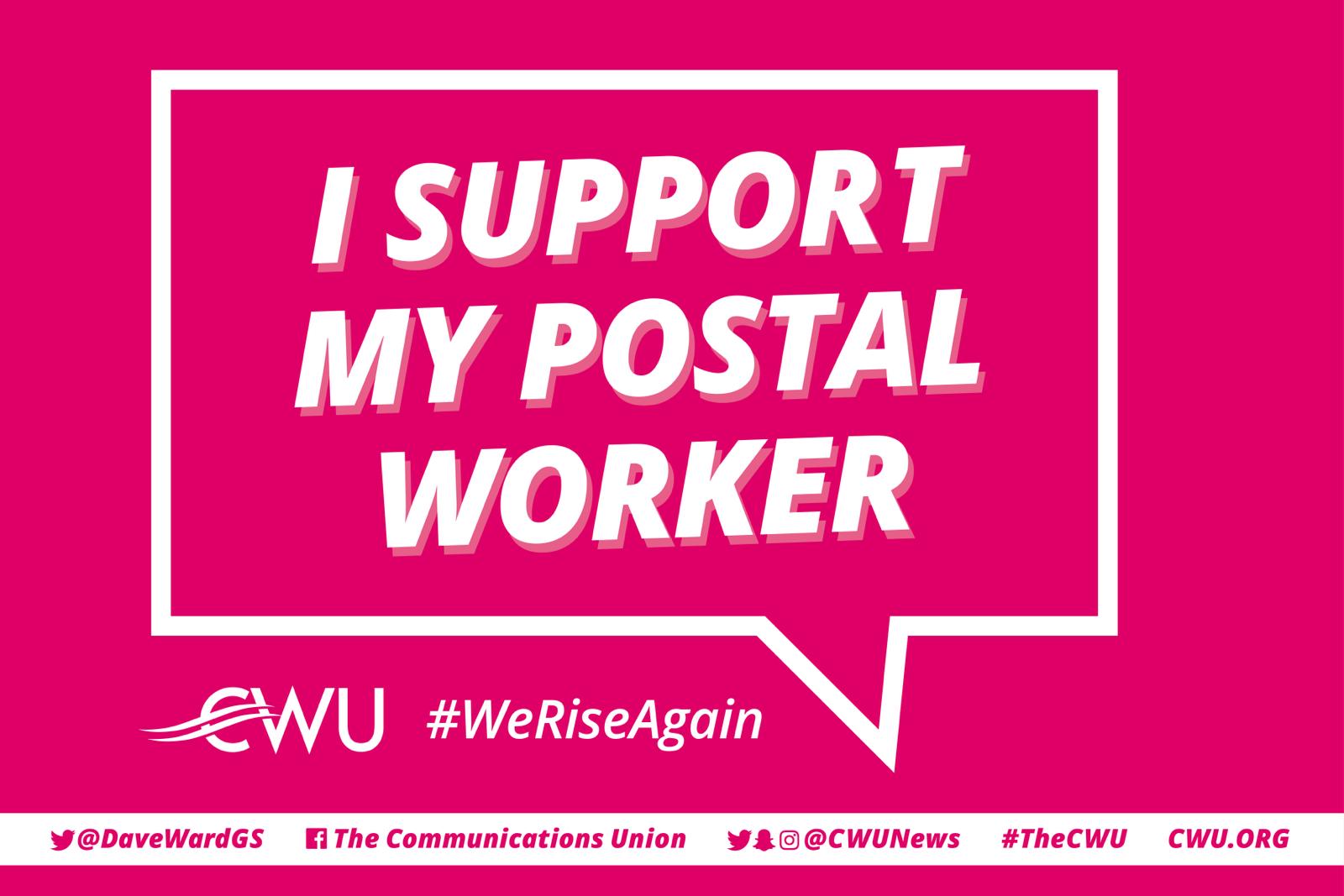 For a bit more background on the dispute, you can read this short explanation from a postie here.

"The impulse to fight against work and management is immediately collective. As we fight against the conditions of our own lives, we see that other people are doing the same. To get anywhere we have to fight side by side. We begin to break down the divisions between us and prejudices, hierarchies, and nationalisms begin to be undermined. As we build trust and solidarity, we grow more daring and combative. More becomes possible. We get more organized, more confident, more disruptive and more powerful."
View all posts by nothingiseverlost →
This entry was posted in Strikes, Unions, Work and tagged CWU, post workers. Bookmark the permalink.