Posted on November 3, 2019 by nothingiseverlost

Irregular-but-interesting anarchist/antifascist blog While Rome Burns has a critical report up from the Hallowe’en/not-actually-Brexit-day goings-on in London, which is worth a read, as are the accompanying below-the-line comments. 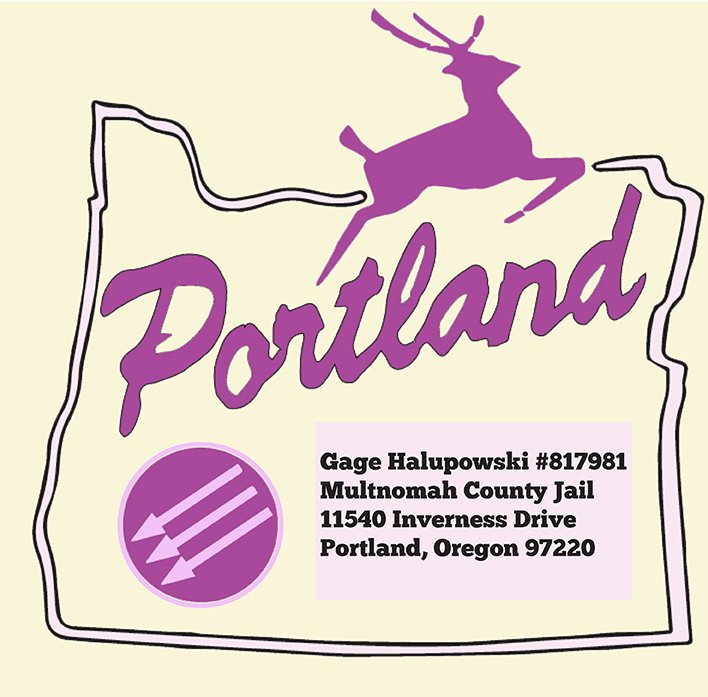 Following on from last week’s sentencing of David Campbell in New York, another US antifascist comrade, Gage Halupowski, is about to start a six-year sentence related to clashes at one of Portland’s many far-right rallies. He’s currently still in jail but will be moved over to Oregon’s prison system soon, so the address above is likely to change in the near future. Meanwhile,a small update from David Campbell’s support crew, who say:

“A huge thank you from David to everyone who has sent him books! As of right now he’s got a bunch to read and has asked to hold off on sending more while he reads them. For now, please continue (or start) writing to David. Thanks!”

Finally, an appeal from Russian comrades to commemorate Ivan Khutorski, and all others murdered by fascists in the ten years since his death:

“November 16, 2019 marks the 10th anniversary of the assassination of Ivan “Kostolom” Khutorskoi- a comrade, friend and elder brother.

He was a significant member of the anti-fascist movement in the beginning of the millennium, one of the leaders of RASH-Moscow. Ivan not only inspired people for the struggle against neo-Nazis who created a lawless environment on the streets of Russian cities, he was an example for us, thanks to his personal qualities: moral courage, devotion to friends, responsibility and kindness. It is impossible to overestimate his contribution to the anti-fascist scene in the Eastern Europe countries.

We launch a campaign in memory of Ivan and other anti-fascists who died at the hands of right-wing radicals in 21st century.

We ask you to join the solidarity actions in your city from November 10 to December 10: draw a graffiti, place a banner during football match, make a campaign or an commemoration event. All ideas are welcome. A movie about Ivan is available with the subtitles in different languages https://youtu.be/P_pfgPf3PG0

Distribute this text, information about solidarity actions and campaigns among your comrades and on the anti-fascist resources of your cities and countries.

"The impulse to fight against work and management is immediately collective. As we fight against the conditions of our own lives, we see that other people are doing the same. To get anywhere we have to fight side by side. We begin to break down the divisions between us and prejudices, hierarchies, and nationalisms begin to be undermined. As we build trust and solidarity, we grow more daring and combative. More becomes possible. We get more organized, more confident, more disruptive and more powerful."
View all posts by nothingiseverlost →
This entry was posted in Repression and tagged anti-fascism, anti-fascist prisoners, David Campbell, Gage Halupowski, prisoner solidarity. Bookmark the permalink.