“Are we all to be ‘gender-critical feminists’ now, Father?”: On silencing and the article Graham Linehan doesn’t want you to read

Posted on February 11, 2020 by nothingiseverlost 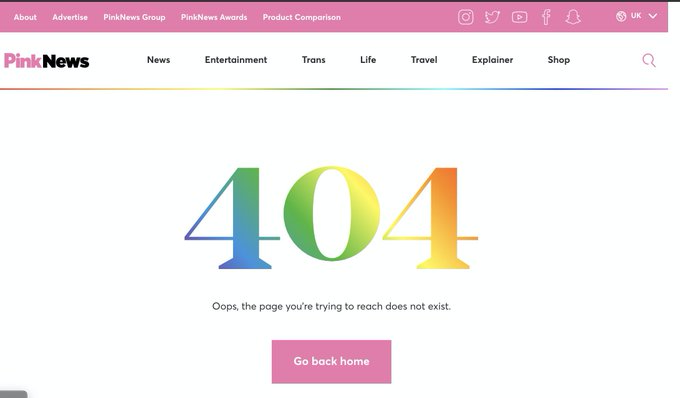 Graham Linehan, the once-beloved writer of Father Ted and that other one that wasn’t as good as Father Ted but still had its moments, has recently been going about the place complaining about being “silenced” while also using legal threats to silence a piece of writing critical of him. Of course, there’s nothing really new here – it’s been years now since Sara Ahmed first observed that

“These views then get expressed again as if they are being stifled.  They get repeated by being presented as prohibited.

Whenever people keep being given a platform to say they have no platform, or whenever people speak endlessly about being silenced, you not only have a performative contradiction; you are witnessing a mechanism of power… The narrative of “being silenced” has become a mechanism for enabling and distributing some forms of expression.“

Similarly, if I had a penny for every time someone proclaiming themselves to be in favour of free speech and against silencing debate used threats of legal action to shut their critics up, then maybe I’d have enough money to start hiring lawyers and trying to shut up everyone I disliked too.

I’m still very sympathetic to the principle that, when someone starts throwing legal threats around to silence criticisms, you should spread and reproduce that criticism as widely as possible, so people can read it and make up their own mind. In that spirit, the offending article is reproduced below, not as a full endorsement of the contents but just to give people the chance to decide what they think of it. If you want to know Linehan’s side of the story, that’s easy enough to find out; similarly, if Linehan can point out exactly which precise claims in the article are provably untrue, I’ll be happy to alter them.

If you’re concerned about the problem of people being “silenced” and prevented from exercising free speech, I would suggest that one good place to start might be by donating to support this blacklisted brewery worker here. And if, like me, you’re a massive fan of Father Ted and quite enjoyed that other one sometimes, and are feeling let down that such a gifted comedic great has descended into acting like a bit of a dick, then at least we can all take comfort in the fact that the guy who wrote the Office has always behaved in an admirably dignified and respectable manner, right?

‘King of the transphobes‘ and sometime comedy writer Graham Linehan is trying to create a database of ‘gender-critical’ therapists for parents of trans kids.

In a tweet that was immediately labelled as supporting conversion therapy, Linehan said he wanted to help the “extremely awesome” Stella O’Malley – who recently wrote a chapter for the anti-trans book Inventing Transgender Children – who is “trying to assemble a list of Irish gender critical therapists as a resource for parents”.

Linehan’s search for ‘gender-critical’ therapists was met with horror online and prompted demands that Twitter ban him from the platform.

“For anyone reading who is on the fence, I’m a therapist and I strongly advise against ‘gender critical’ therapy, as I would advise against well-known ‘conversion’ therapy,” one person said.

‘Gender critical’ is a term for people who insist that trans women are men and think that trans rights are an “extreme gender ideology”.

Conversion therapy is still legal in Ireland, despite repeated calls for it to be banned. The practice – which tries to convince gay people they are straight or trans people they are cis – is widely understood to be both harmful and ineffective.

Exposing trans people to conversion therapy has been linked to causing “severe psychological distress” and a two-fold increase in suicide attempts, according to a study last year in medical journal JAMA Psychiatry, which had a sample size of more than 27,000 trans people.

Alarmingly, the study also found that trans people who were exposed to conversion therapy before the age of 10 were four times more likely to try to die by suicide over the course of their lifetime than trans people who weren’t subjected to attempts to change their gender identity.

Multiple scientific studies have also shown that supporting trans kids – through a social transition, where they might change their name, pronouns, haircut and clothing, or through medical interventions like taking puberty-pausing medication – has an overwhelmingly positive and life-saving impact.

The UK government committed to ending what it called the “abhorrent practice” of conversion therapy in its 2018 LGBT Action Plan.

Graham Linehan made the comments from his self-appointed position as one of the leaders of the UK’s ‘gender-critical’ feminist movement, which opposes trans rights.

Linehan is well-known for his anti-trans views, with fellow comedian Frankie Boyle blocking him for this very reason just last week. Boyle said: “I’ve already told you. I’m going to have to block you. I think you’re neurotically obsessed with some stuff that is doing you no good/worry you have some kind of internet addiction. All the best with it.”

He also has a history of attacking lesbians who don’t agree with him.

“So now you’re advocating for conversion therapy and try to complie [sic] a list of ‘therapists’ who offer it,” another Twitter user said.

“JFC youre [sic] a sick man Graham. Get help ASAP!”

An earlier version of this article included a quote which did not meet the editorial standards of PinkNews.

"The impulse to fight against work and management is immediately collective. As we fight against the conditions of our own lives, we see that other people are doing the same. To get anywhere we have to fight side by side. We begin to break down the divisions between us and prejudices, hierarchies, and nationalisms begin to be undermined. As we build trust and solidarity, we grow more daring and combative. More becomes possible. We get more organized, more confident, more disruptive and more powerful."
View all posts by nothingiseverlost →
This entry was posted in Gender, Repression and tagged free speech, Graham Linehan, transphobia. Bookmark the permalink.

4 Responses to “Are we all to be ‘gender-critical feminists’ now, Father?”: On silencing and the article Graham Linehan doesn’t want you to read