No Safety, No Work zoom meeting, July 14, and other notes

Posted on July 8, 2020 by nothingiseverlost 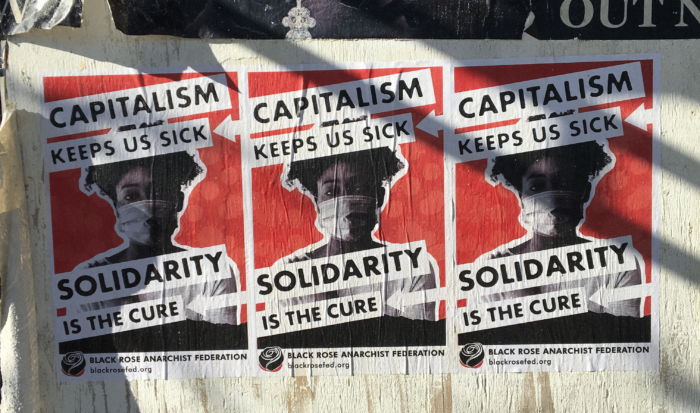 The Anarchist Communist Group are launching a new “No Safety, No Work” campaign, with a Zoom meeting planned for Tuesday July 14:

“Many workers are being asked to work in unsafe environments. Many more will be asked to do so as they return to work over the coming days and weeks.

The Anarchist Communist Group (ACG) is launching a No Safety, No Work campaign. This is a campaign to be led by workers trying to keep themselves and others safe at work in the time of Covid 19. We know that the working class cannot rely on employers or the government to keep us safe.

Tens of thousands of people have died in this pandemic, and even more are killed in the work place every year. None of these deaths were inevitable but were the results of the greed of the bosses and the rulers of our society. As more and more people are returning to work, the government has not passed a single law guaranteeing workers safety but has issued guidance to employers. This is not enough to keep us safe.

Other workers, meanwhile, will be hit with firings and redundancy notices and won’t be returning to work safely or unsafely. And if not threatened with job losses, other workers will be forced to accept worse conditions, pay or hours cut, there will be little help from the UK government.

Individually workers can do very little to protect themselves, but together we can make a difference. The No Safety, No Work campaign is an act of self defence against the abuses of our employers and the government. Campaigns such as these exist to both protect workers lives today, but also to act as template for and a guide to a better society; a society where workers have control, autonomy, and are not beholden the bosses.

The government and the wealthy will use the current crisis to cut taxes on the rich and steal from the poor. They can only do that if we, the working class, allow them to. This campaign will be part of a movement to resist and fight back against economic attacks on working people. It is a campaign which firmly opposes any job losses and a return to the austerity that has been unleashed on our class by the bosses and successive governments over the last decade.

We want to hear from you

If you are being asked to work in an unsafe environment and want your employer named and shamed, let us know by emailing us (details below).

We are also looking for people to write accounts of their return to work and the lack of health and safety in the workplace. The No Safety, No Work campaign will treat all whistleblower information securely and confidentially.

If you are involved in a struggle against your employer and you want help or information, then get in touch.

This campaign is also aimed at union members not to let their unions sell out on their previous terms and conditions in return for jobs. If you think your union is doing this, tell us.

If you are an individual or a group that would like to be involved in the campaign then get in touch at safereturn@anarchistcommunism.org”

They also have a report on the calls for a new campaign against Universal Credit, and an instagram page with some very nice graphic design.

On a similar note, the Let’s Get Rooted project are starting a new interview series on “workers’ power during the lockdown”.

“‘Let’s get rooted’ invites you to take part in a series of interviews about the impact of the Covid-19 crisis on the situation at work and how the current m ovements against police violence reverberate where we work.

Interviews are at the centre of getting organised to struggle for better conditions. We think we have a lot to learn from other workers and we think being interviewed and taking part in detailed conversations can also help us to look at our own workplace from new perspectives.

Like in any crisis, the normal power relations between workers and bosses is shaken up. With the interviews we want to understand what conflicts have emerged since the lockdown; to what extent workers have had to take over more control in order to make work safe or possible at all; how the economic crisis has changed things at work; if the bosses can use the crisis to squeeze us more or pay us less; and of course, if new possibilities for collective organising have emerged.

We think that in the coming months there will be a massive build up of tension around wages. The lockdown has revealed to many low paid workers in the ‘essential sectors’ that they have social power. They may come out of the lockdown more confident. At the same time, unemployment is increasing and the bosses will try to use this to put pressure on wages from above. We don’t want campaigns and quick answers, rather we want to understand the actual balance of power at work.

We therefore plan to interview workers from various sectors: from delivery drivers, factory and office workers to teachers, tube drivers, social workers, NHS staff, charity volunteers and school students. We will highlight differences and commonalities within our class.

We hope to gather and edit the interviews and publish them on our blog and perhaps publish them as a pamphlet. The interviews will be anonymous and we’ll take care not to publish information that could put people at risk. Feel free to use the questionaire below to write up a report yourself or to ask us to interview you, which can be easier and more fruitful. Feel free to circulate this proposal to other co-workers and friends.”

The project also now has an East London group, which might be worth checking out if you’re in that area.

On Friday 10th July, when the Durham Miner’s Gala would usually be happening, there’s a “class justice” online meeting happening instead, featuring speakers from the Orgreave Justice campaign, the spycops campaign, the Blacklist Support Group, Grenfell campaigners and more. 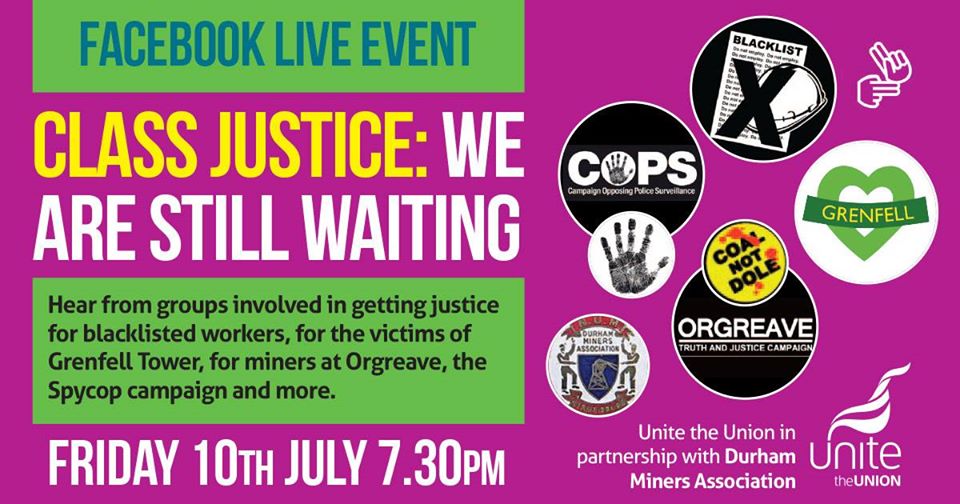 Finally, the United Voices of the World union have won an important victory over sick pay for cleaners, security guards and other outsourced staff at the Ministry of Justice, and they’ve also put out a call for people who might be able to help them with a wide range of tasks, which might be worth taking a look at.

"The impulse to fight against work and management is immediately collective. As we fight against the conditions of our own lives, we see that other people are doing the same. To get anywhere we have to fight side by side. We begin to break down the divisions between us and prejudices, hierarchies, and nationalisms begin to be undermined. As we build trust and solidarity, we grow more daring and combative. More becomes possible. We get more organized, more confident, more disruptive and more powerful."
View all posts by nothingiseverlost →
This entry was posted in Anarchists, Health, Unions, Work and tagged Anarchist Communist Group, Let's Get Rooted, United Voices of the World. Bookmark the permalink.