Posted on August 17, 2020 by nothingiseverlost

Films about workplace organising in the UK are like buses, you wait ages for one and then two come along at once: hot on the heels of the Builder’s Crack film, a new short documentary has been made telling the story of the United Voices of the World strike at St Mary’s Hospital:

As it happens, both of them are around half an hour, so if you wanted to watch them both as part of a single discussion event that would be pretty possible.

“Autonomy News is an anarchist news website based in England and Wales. This site was created during the 2020 coronavirus pandemic to highlight mutual aid efforts by communities.

We are inspired by people organising to meet their own needs in ways that build autonomy, resilience and collective power beyond the state, capitalism, white supremacy and patriarchy.”

DIY Culture seems to have been around for a bit longer, but I’ve only just noticed it now, it seems to be yet another project from the always-energetic South Essex Heckler folk. They have a new prisoner support special and guide to writing to prisoners as a contribution for the upcoming week of solidarity with anarchist prisoners.

Recent months have also seen the passing of two legendary anarchist figures: first Lucio Urtubia Jiménez, the audacious Spanish urban guerrilla, forger and bricklayer, and then Stuart Christie, the founder of Black Flag magazine among many other projects, who did so much to revive revolutionary anarchism in the UK from the 1960s onwards. I don’t know what to say about either of their lives, but just wanted to take a moment to acknowledge that someone great is gone, and to hope that we can live up to their examples. 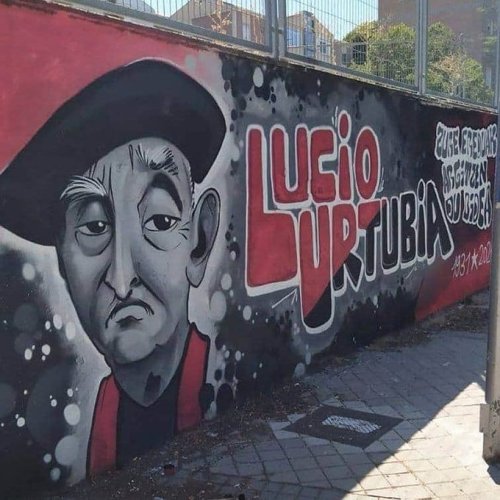 "The impulse to fight against work and management is immediately collective. As we fight against the conditions of our own lives, we see that other people are doing the same. To get anywhere we have to fight side by side. We begin to break down the divisions between us and prejudices, hierarchies, and nationalisms begin to be undermined. As we build trust and solidarity, we grow more daring and combative. More becomes possible. We get more organized, more confident, more disruptive and more powerful."
View all posts by nothingiseverlost →
This entry was posted in Anarchists, Strikes, Unions, Work and tagged Autonomy News, DIY Culture, United Voices of the World. Bookmark the permalink.