Posted on September 30, 2020 by nothingiseverlost

We have been made aware of a man being held in HMP Humber, experiencing severe mental health issues and being harrassed and bullied by prison officers. James (not his real name) has been diagnosed with frontal lobe epilepsy and depression. Since arriving at the prison he has been denied any medication for these health conditions. He has also regularly been denied essential hygiene items and opportunities to wash his clothes.

Instead of being offered support for his mental health needs, James has become a target for bullying and harassment by prison officers, who have been entertaining themselves by antagonising James and by attempting to create conflicts between him and other prisoners. This is having a severe impact on James’ mental health, worsening his depression and causing him to self-harm.

This is not the first time issues have been raised about the treatment of prisoners by staff at HMP Humber. In 2018, “official inspectors criticised HMP Humber, a Category C prison […], for 206 “use of force” incidents in the previous six months, “more than at . . . other category C training prisons””. Of prisoners surveyed by the HM Inspectorate of Prisons in 2018, 48% said they had experienced bullying by staff.

James’ sister has asked us to take action as a last resort. She has exhausted every possible avenue for getting James the help he needs, contacting prison staff, the prison governor, the Independent Monitoring Board, the prison healthcare team and James’ GP. No action has been taken by the prison and James’ sister is now extremely fearful for his mental health and physical wellbeing.

James wants to be transferred to a different prison, away from the officers who have been harassing him, so he can access the healthcare he needs and complete the rest of his sentence. Both James and his sister have asked numerous times for him to be transferred to HMP Buckley Hall, another category C prison within a reasonable distance from his family.

How you can help:

Please note: we are using a fake name for this action alert, to protect James and his family. However, the Prisoner Solidarity Network has contacted the prison and the Ministry of Justice about this issue, using James’ real name and prison number. This means that it will be clear to both the prison and the Ministry of Justice who your email is referring to, even if they won’t admit it!

All Black Lives UK has a series of events happening throughout October, but mainly on the 4th, when there’ll be events in Manchester, Birmingham, Bristol and London: 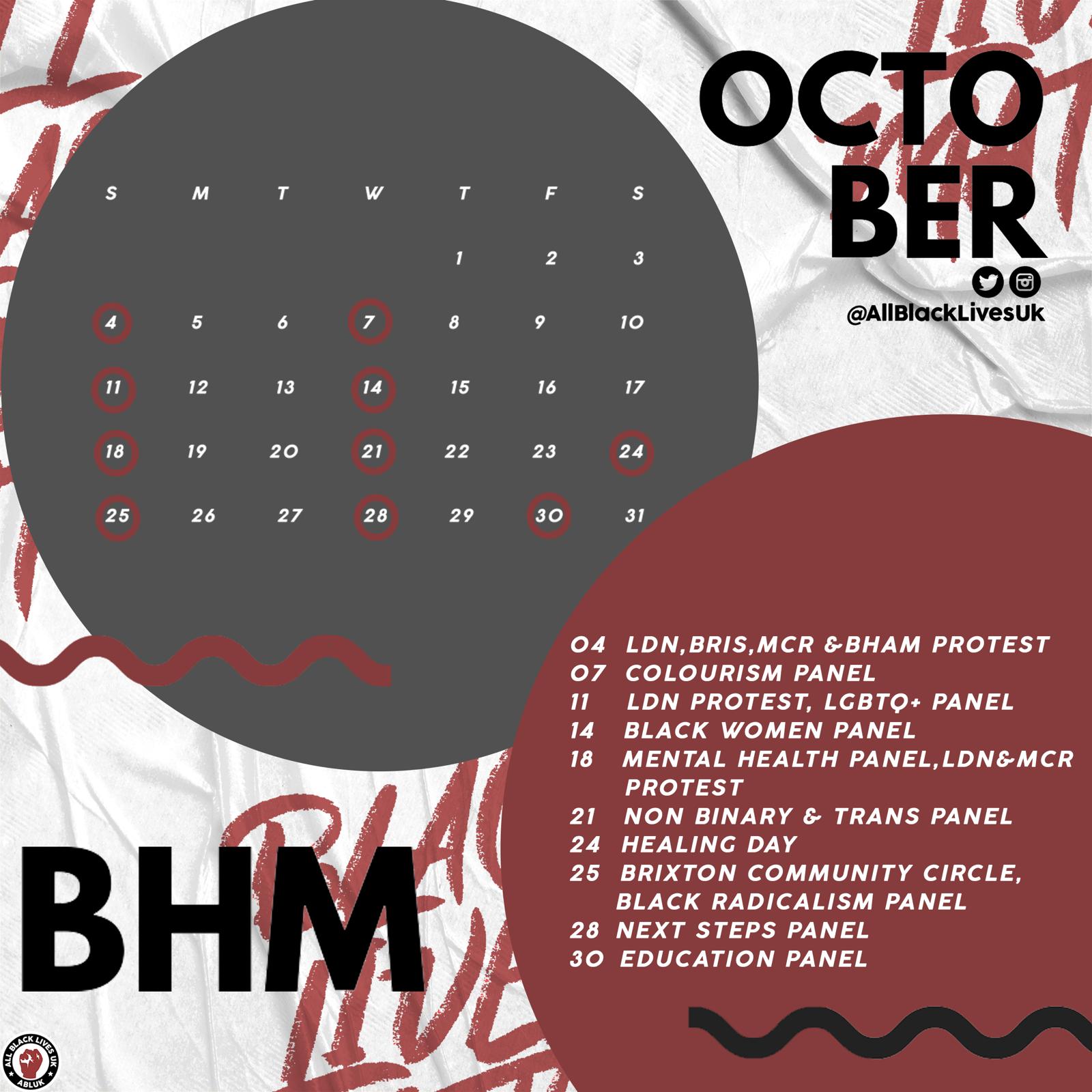 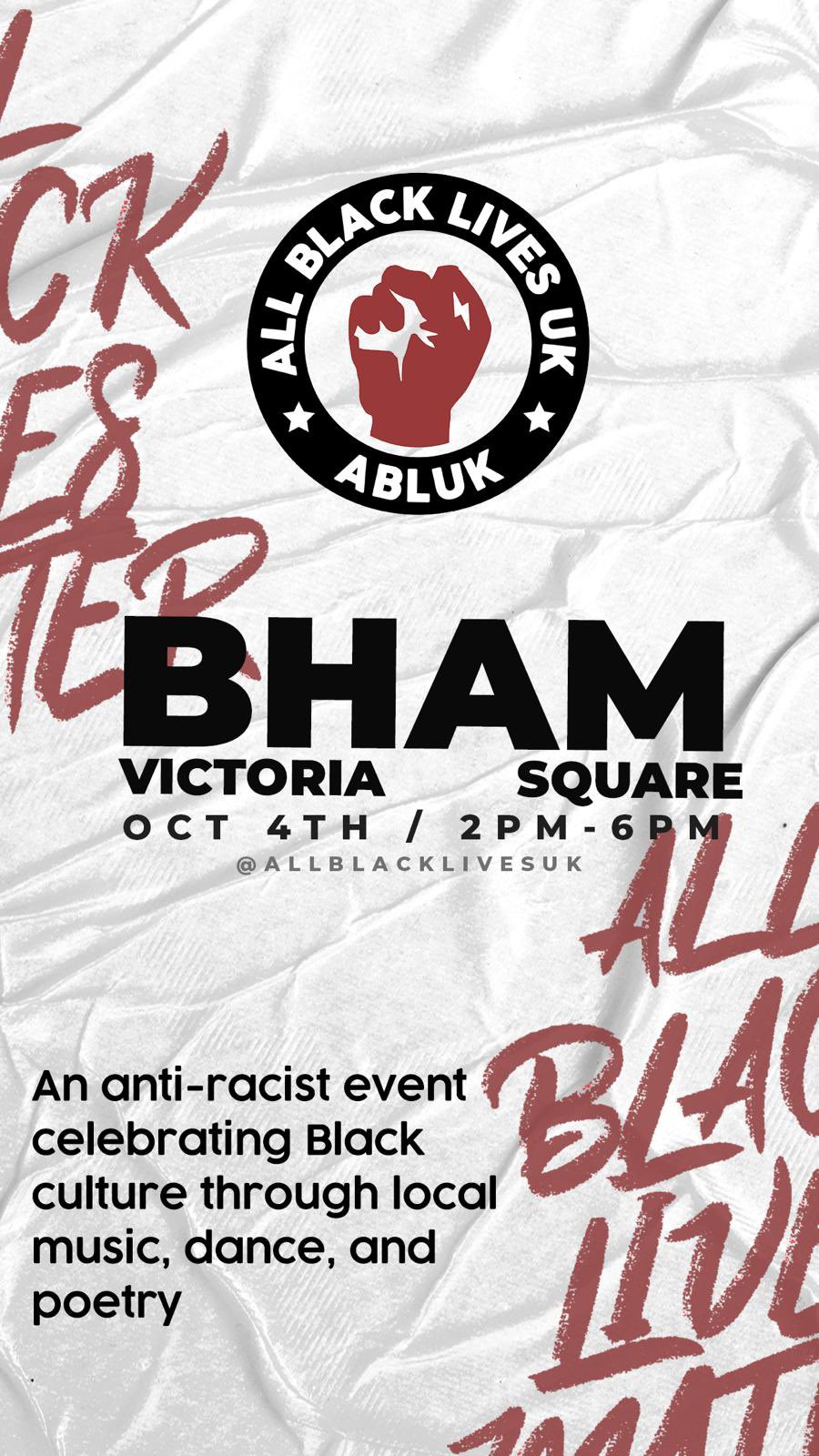 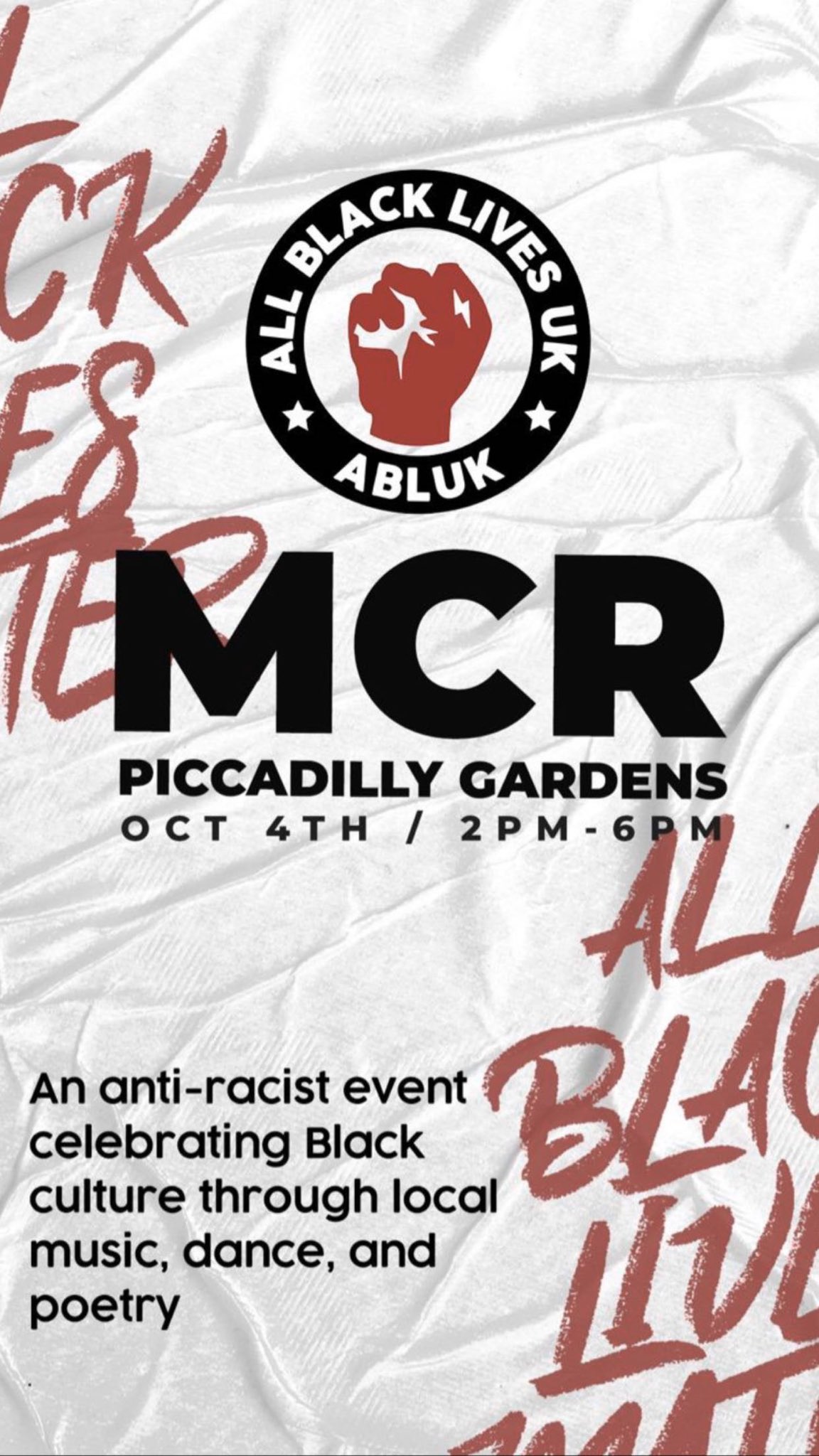 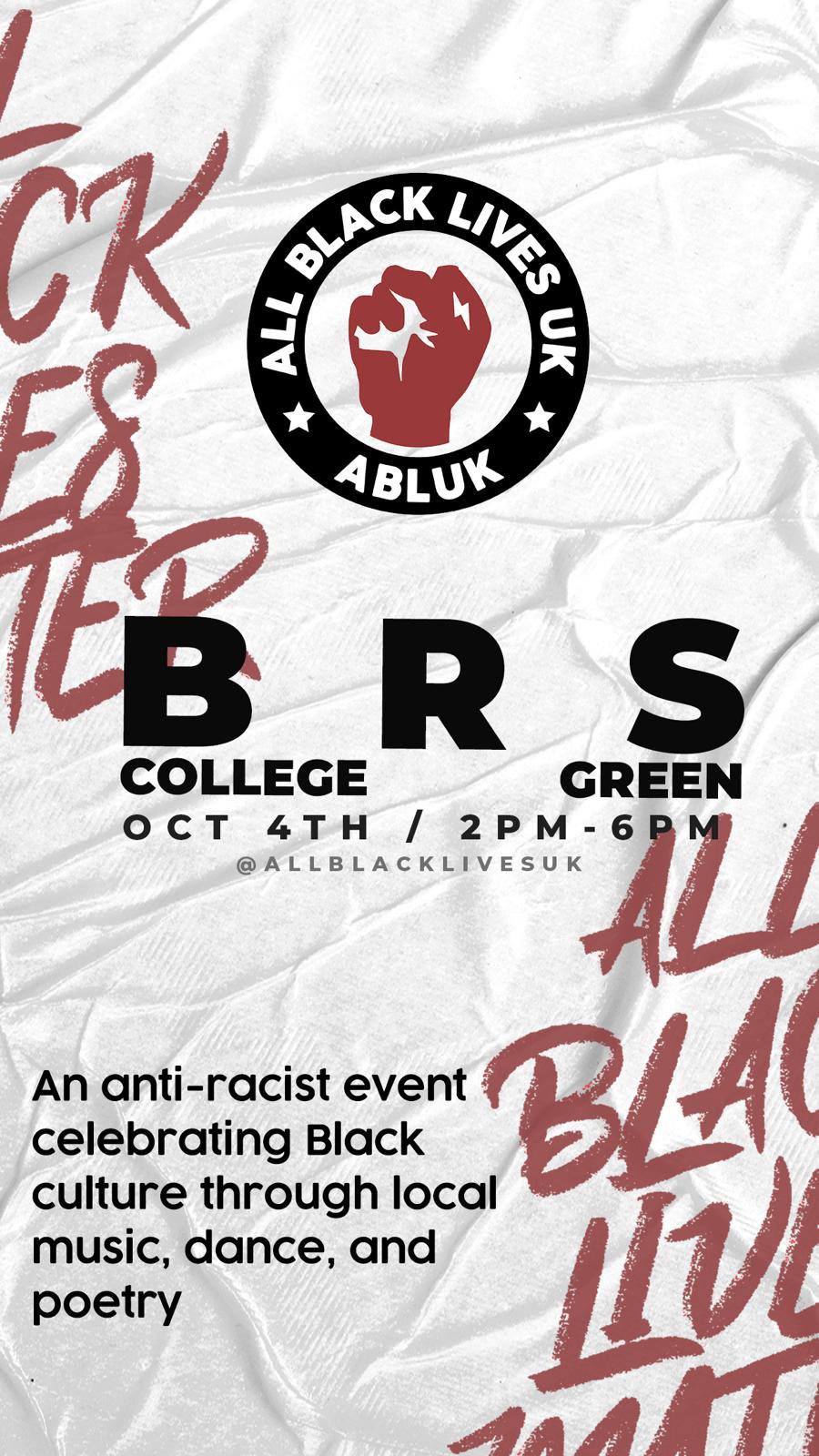 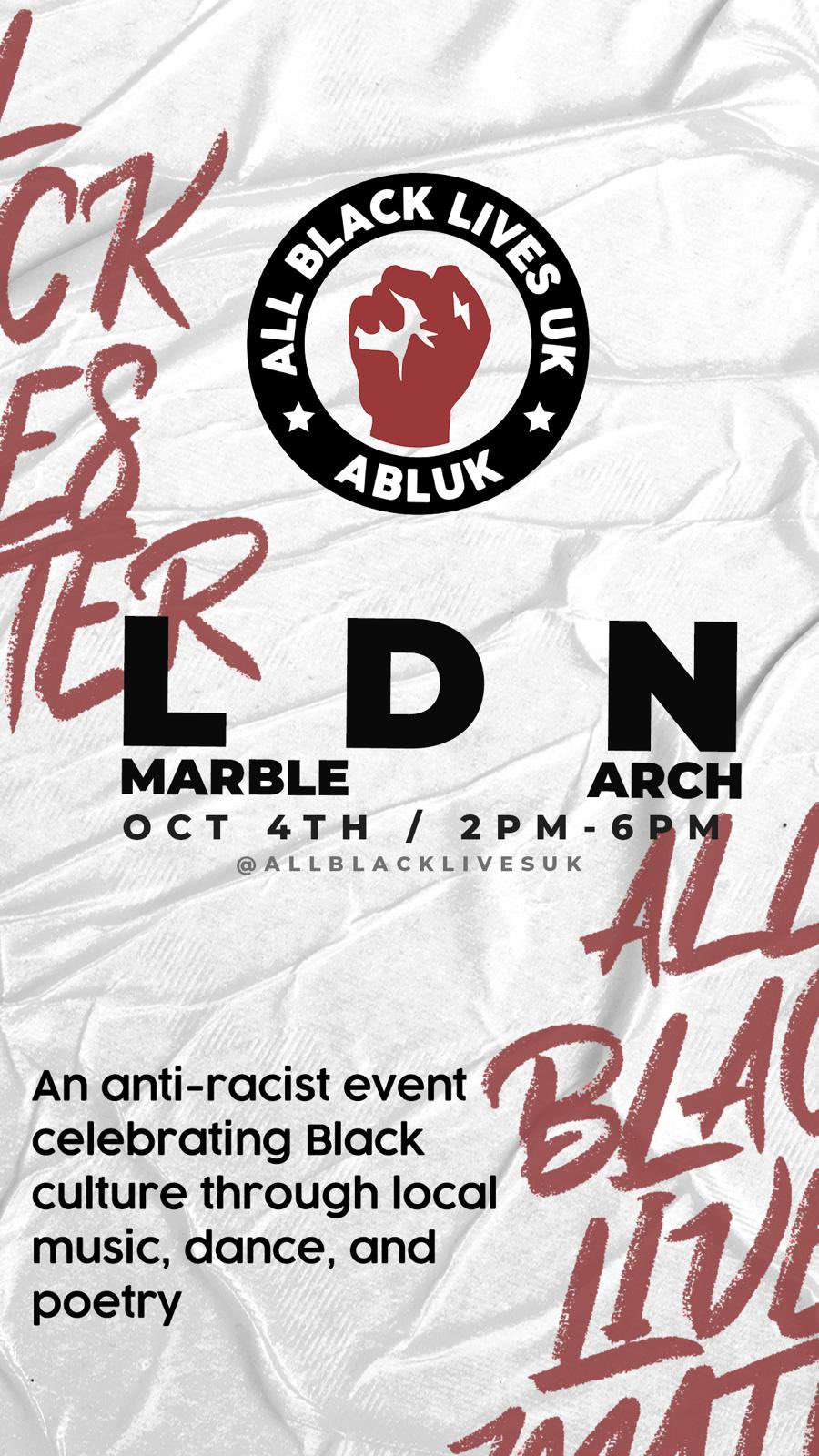 Finally, a quick update from the campaign to free Siyanda Mngaza:

“Siyanda has asked me to update you on how she is doing.

She is fighting on and getting ready for the next stage of her appeal.

The single judge had dismissed the first stage however this will not phase us or Siyanda.

She is in an open wing now and has been asked to lead black history month within the prison. She has taken the lead to advise prison officers on how black women are being treated in the prison.

She has expressed her thanks for your support and encouragement, she has been reading all your letters and reading the books you have sent her as this has helped her mentally to be strong and keep courage.

The next stage is the appeal at the court of appeal which has been submitted.
Please look out for updates. When the date comes we need to be outside the court shouting for justice.

We will also upload soon the speakers of the online protest that we had on the 20th September so watch this space.

"The impulse to fight against work and management is immediately collective. As we fight against the conditions of our own lives, we see that other people are doing the same. To get anywhere we have to fight side by side. We begin to break down the divisions between us and prejudices, hierarchies, and nationalisms begin to be undermined. As we build trust and solidarity, we grow more daring and combative. More becomes possible. We get more organized, more confident, more disruptive and more powerful."
View all posts by nothingiseverlost →
This entry was posted in Racism, Repression and tagged Black Lives Matter, prisoner solidarity, Siyanda Mngaza. Bookmark the permalink.

1 Response to Urgent call to action from HMP Humber, and early October protests for black lives