Swastikas for Numpty: Catching up with the vexing antics of an unfunny double-act

Posted on November 16, 2020 by nothingiseverlost 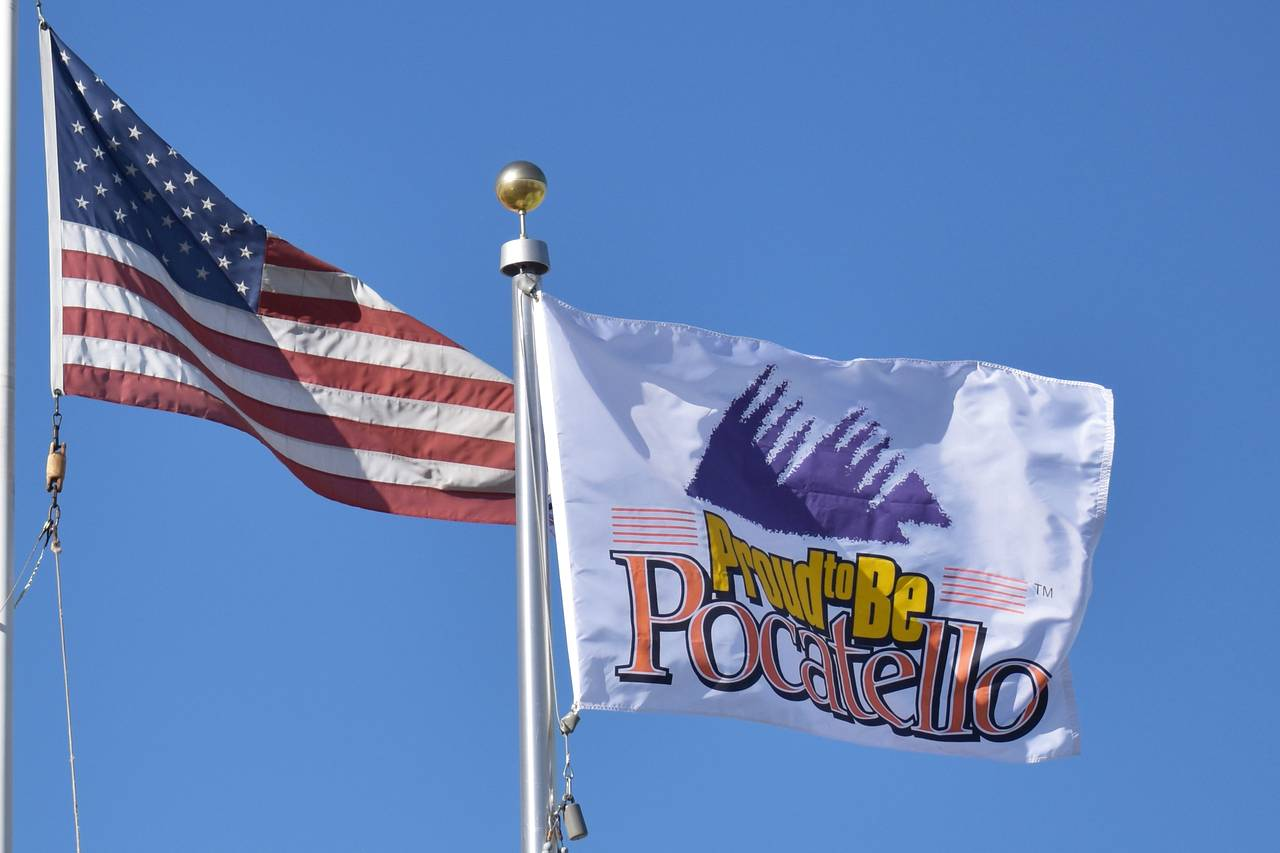 Over the past week or so, Nina Power, the rather troubled theorist who I’ve had cause to write about a few times now, has found herself drawing criticism again, this time for a piece about flags she wrote to accompany a New Zealand art exhibition that had lots of flags, including a lot of far-right ones*.

When discussing this kind of deliberately transgressive artwork, the kind of conversation where you can tell that any criticism is going to be written off as coming from pearl-clutching Mary Whitehouse PMRC types who just hate daring art, it’s tempting to begin by listing off controversial favourites to establish that I’m one of the cool kids too, to start literally or metaphorically blowing the dust off old copies of Lautreamont or Jelinek, or performatively enthusing over Black Randy & the Metrosquad or the early years of Odd Future. But I think the most relevant point of comparison here is really Laibach, who know a thing or two about playing with nationalist and fascistic imagery.

After all, even on the kindest and most charitable reading of the Mercy Pictures flag exhibition, I think it’d be hard to say much more than “they’re sort of doing with flags what Laibach did with national anthems on Volk, only with less creativity and fourteen years later.” There’s a number of reasons why Laibach’s playing with fascistic symbolism works so well (in my opinion, of course, this stuff is highly subjective). One of the big ones is that there’s a pretty clear gulf between the aesthetics that they’re interested in exploring and their actual beliefs. To the best of my knowledge, Laibach don’t have a history of knocking around with the kind of dedicated, serious nazi National Action activists that some neofolk musicians do. If, like Boyd Rice and Michael Moynihan, they had a habit of working with James Mason, the author of Siege, then I’d feel quite differently about them. This kind of context matters.

Power writes “A flag is a piece of material, stuck to a wall, hoisted on a flag-pole. From a scientific standpoint, a flag, any flag, is nothing, just a scrap of cloth. In this sense, then, flags are silly. To care about flags is to expose oneself as vulnerable to a certain symbolic dominance.”

It’s a line of argument I have a fair bit of sympathy for. This kind of skepticism is compatible with a wide range of ideological positions, from Ayn Rand-style objectivism to the kind of common sense liberal centrism that sees itself as non-ideological to Stirner’s anarchist egoism. It certainly does not seem, in itself, like a particularly fascist or nationalistic line of argument.

And yet, and yet.

In recent years, many of Power’s troubles have come from her public collaborations with Daniel Miller, such as their shared pro-censorship/anti-free speech position when it comes to Luke Turner. This collaboration seems to be ongoing, as Power recently helped to promote a piece of writing by Miller called “Vote Trump for Peace”. There’s something odd going on here: the kind of playful, humanistic nihilism Power puts forward in the flags piece seems very much at odds with “Vote Trump for Peace” which is coming from somewhere quite different.

Miller argues that “Trump represents the human party…, whereas Biden is the avatar of forces which are not entirely human… Over the last four years, Trump, with his inherent vitality, his independent sense of judgement, his take no prisoners attitude, his genuine love of America, his courage, his humor, his commitment to peace, his daring, and even in his human flaws has presented a real alternative, and demonstrated outstanding leadership… Trump has received no personal benefit from becoming the American President; what he did instead was put his own life on the line for the sake of an idea. Over the next four years, he’ll lead a renaissance of the American people, and in centuries to come, he will be recognized as the greatest statesman of his age.”

Now, it’s easy to laugh at this stuff. And you probably should, because it is very, very silly. But, as far as I can tell, Miller doesn’t seem to want you to laugh at it. If he’s “doing a bit”, if the whole persona of “DC Miller” is a deliberate absurdity like a rejected Sacha Baron Cohen persona, then it’s a bit that he has really very heavily committed to over a number of years.

The argument that Power attaches to the flag exhibition tends towards a kind of easy-going relativistic nihilism: “If you put all the flags together – or if not all the flags, enough flags that the very idea of ‘flag’ itself begins to shudder under the weight of multiple confusing impressions – do they cancel each other out? Repeating a familiar word makes it start to sound uncanny, meaningless. All these small postcard-sized flags, sized somewhere between online symbol and landscape painting: perhaps an incitement, a red flag. Identity is over: a flag is a flag is a flag.”

Looking at a few of the actual flags involved, we can expand this to “a [TRUMP 2020] flag is a [Ku Klux Klan] flag is a [Bisexual Pride] flag.” Now, you might find this line of argument convincing, or you might not. But whatever you think of it, this casual equation of, for instance, the Black Lives Matter and Confederate rebel flags is deeply incompatible with the logic of the Miller Trump piece, because the Miller line of argument is one where political movements, and so the symbols associated with them, really do matter. After all, how could you treat those two symbols equally, when “BLM have no coherent plan or project, except for sowing racial conflict, suspicion, and confusion”, whereas those who fly Confederate flags tend to be part of what Miller calls “the human party”? Nihilism is one thing if people can actually stick to it, but I find this sudden pivot between nihilism and mawkish pro-Trump moralising a bit hard to deal with.

Still, one of the things that people often say about good art is that it should provoke people to ask questions. And on that level, I suppose Power’s involvement in the Mercy Pictures exhibition is a success, because I’ve been left with a number of questions I’d like answers to. Like, how many swastikas and black suns does an art exhibition need in order to be thought-provoking?

So there’s a second question: what’s the maximum number of swastikas and other nazi symbols an art exhibition can include before someone writing an essay accompanying that exhibition feels the need to justify their inclusion, or even just engage with the decision to include them at all? It seems like the answer to that one is “really quite a lot”.

And there’s another question: if you felt that your mate who you frequently collaborate with had been wrongly accused of extreme right-wing sympathies, and you felt so strongly about this that you were working with him to sue people who said he had extreme right-wing sympathies, how many swastikas and other nazi symbols would an art exhibition need to include before you thought “hmm, perhaps it would not be a good idea to publicly associate myself with this at this particular moment”?

*it’s really not the most important thing here, but as someone who has sometimes been a proofreader/editor, and often a pedant, that catalogue really is offensive to people who believe in basic proofreading if nothing else. “Skin Heads Against Rascist Pregedious”? “Anarcho-Femenism”? “Standard of Aldof Hitler”? And don’t get me started on the use of italics.

"The impulse to fight against work and management is immediately collective. As we fight against the conditions of our own lives, we see that other people are doing the same. To get anywhere we have to fight side by side. We begin to break down the divisions between us and prejudices, hierarchies, and nationalisms begin to be undermined. As we build trust and solidarity, we grow more daring and combative. More becomes possible. We get more organized, more confident, more disruptive and more powerful."
View all posts by nothingiseverlost →
This entry was posted in Bit more thinky, The right and tagged Daniel Miller, Nina Power. Bookmark the permalink.

1 Response to Swastikas for Numpty: Catching up with the vexing antics of an unfunny double-act