Posted on March 4, 2016 by nothingiseverlost 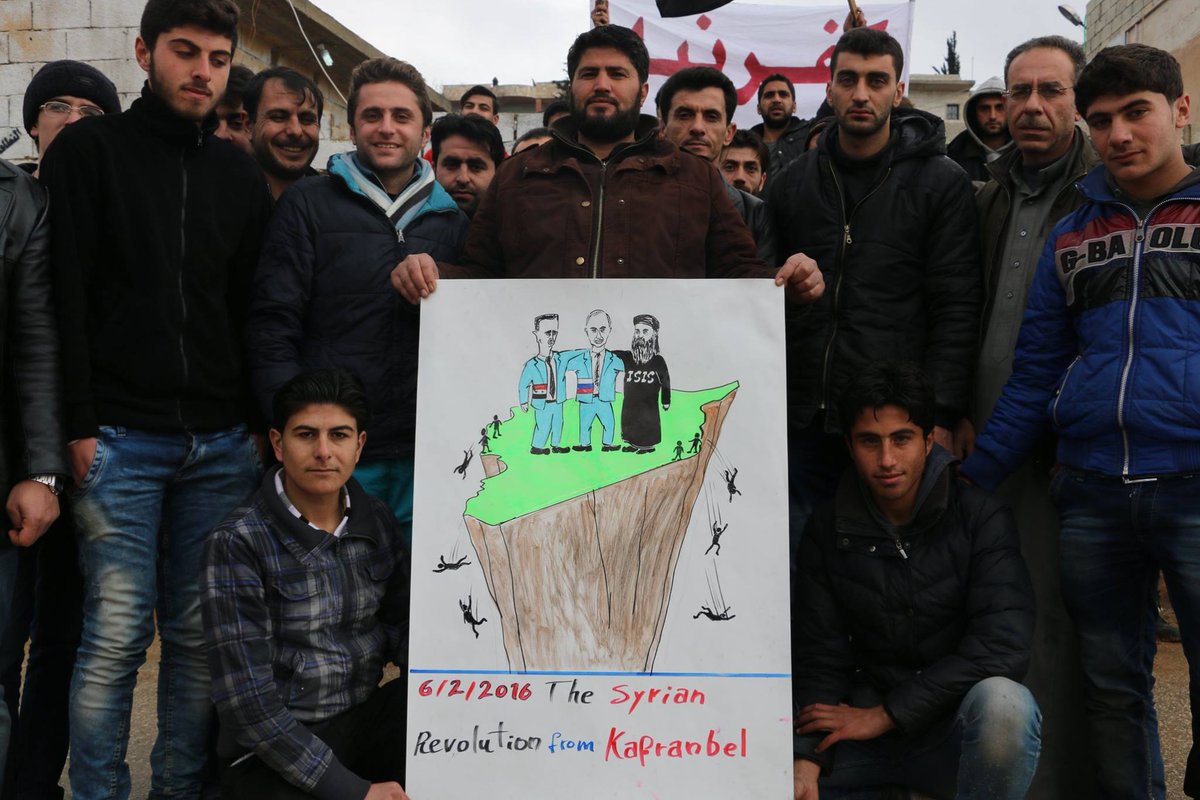 It’s not easy to keep up with what’s happening in Rojava, or indeed in Syria more generally. People who do have confident analyses of the situation seem to be able to keep up with a bewildering alphabet soup of militias and local armed groups, but as a non-Arabic speaking, non-Kurdish speaking, UK-based worker who tries to keep up with the situation as much as possible while also paying attention to other things happening in other places, all in the spare time left between working a full-time job and trying to have some kind of a social life, it’s all a bit much to keep track of.

Still, a significant chunk of the UK libertarian left seems to have committed to solidarity with Rojava, which I think also means having a responsibility to engage with serious critiques of what’s going on there. With this in mind, I think it’d be good for those sections of the left who’re most invested in the Rojava experiment to seriously discuss the charges that have been made that the PYD/YPG/YPJ are effectively acting as collaborators with the Assad regime by joining forces with the Russian military to attack anti-Assad rebels.

For anyone who’s not encountered this argument before, the key articles to read seem to be “The Assault on Aleppo” by Leila al-Shami and “The Kurdish PYD’s alliance with Russia against Free Aleppo” by Michael Karadjis. “Democratic Confederalism or Counter-Revolution” and “The Chameleons of Rojava” are further articles arguing an anti-PYD case, while the only defence I’ve seen so far is not in the form of a single article, but set out in bits and pieces in this libcom thread and this reddit discussion.

For anyone who doesn’t have the time to read those articles, but still wants to engage with this argument on some level, a few key paragraphs to take away:

“Kurds have suffered decades of systematic oppression at the hands of Arabist (and Turkish nationalist) regimes and their struggle for self-determination should be supported. Inspiring examples of self-organization and direct democracy have occurred on the community level through the communes established in towns and villages across Rojava. Kurdish youth are filled with libertarian spirit and all Syrians can learn from the ideas which are spreading across the north. My main fears are that this will be undone in the end by PYD authoritarianism and that Arab-Kurdish ethnic conflict will break out. If ethnic conflict breaks out it will be a result of three factors: the attempt of the Syrian regime to destroy any Arab-Kurdish alliance which emerged during the revolution; the failure of Arab opposition leaders to stand fully behind the Kurdish struggle for self-determination; and the actions of the PYD and extremist Islamist militias. All Syrians will loose in such a scenario.” (Leila al-Shami)

“For months now, the Turkish regime has been waging its own war of terror against the Kurdish population in eastern Turkey, a brutal counterinsurgency against the PKK. Hundreds of civilians have been killed as the regime uses tanks, artillery and other heavy weaponry to terrorise the population into submission. Turkey, for its own reasons, is a main supporter of the anti-Assad rebellion in Syria. The difference in scale, is of course, phenomenal; Erdogan’s operation has been going on for months and has killed hundreds; Assad’s has been going on 5 years and has killed nearly half a million. Anyone with an ounce of human solidarity should have no trouble supporting the popular uprisings, and opposing regime counterinsurgencies, in both cases, regardless of issues of geopolitics or tactical alliances. Opponents of oppression do not see this as a contradiction.” (Michael Karadjis)

It is, of course, possible that much of this is just a smear campaign attacking the YPG/YPJ/SDF’s self-defence against hostile Turkish-backed jihadists, and if people think that this is the case, it’d be helpful if they could come out and argue it so we can weigh up the merits of the evidence. Equally, it’s possible that it’s all true, and the political leadership of the Rojava experiment have fully thrown in their lot with the murderous Assad dictatorship, in which case a discussion of the implications is equally vital. In case it’s not already obvious, I’m not writing from a position of certainty here, arguing that others should do this or that; I’d just like to see more about how other people see the situation, and how it’s possible to proceed from here.

I don’t think that disgust at the PYD leadership’s actions (if people feel that’s an appropriate response) necessarily rules out all solidarity with the grassroots attempts at co-operation and self-organisation emerging in Rojava. Rather, I think it should draw our attention to the always-vital task of distinguishing between forms of self-organisation and the political leaders claiming to speak for those movements – it’s easy to slip into using “the PYD”, “the YPG”, “democratic confederalism” “Rojava” or “the Kurds” as synonyms for each other, but this is lazy thinking. We need to be carefully attuned, as far as we can, to the gaps and potential ruptures in between the local democratic experiments and the semi-state structures ruling over them.

A final thought: the “stop Turkey’s war on Kurds” demo this Sunday, as endorsed by the Anti-Fascist Network and the National Campaign Against Fees and Cuts, among other groups, is likely to be the largest demo on Kurdish issues seen in the UK so far. While it is possible to separate opposition to the Turkish state’s action from support for the PYD/YPG/YPJ leadership, it’s likely that the broad message of the demo will be endorsement of the “Kurdish movement” as a whole – which, in my opinion, implicitly includes the recent manoeuvres in Aleppo, unless specifically stated otherwise. In this context, the protest is still worth supporting (at least to the same extent these vague solidarity protests ever are*), but it would be good for internationalists attending to think about putting forward a more critical message – at the very least, broadening it from just being anti-Erdogan/ISIS to being against Erdogan, ISIS, Assad, and all the other imperialist powers, whether Western or Eastern, playing their Great Game in the region. Similarly, it’d be good to express a positive message that’s not just limited to “solidarity with Kurds” but solidarity with all those experimenting with self-organisation and direct democracy, whether in Bakur, Rojava, or in the local councils in Arab-majority rebel-held areas.

* if you think all this international solidarity stuff always tends to be a bit vague and abstract and you prefer to focus on local organising, that’s a perfectly legitimate viewpoint, but then if you think that odds are you probably haven’t bothered reading this far anyway.

"The impulse to fight against work and management is immediately collective. As we fight against the conditions of our own lives, we see that other people are doing the same. To get anywhere we have to fight side by side. We begin to break down the divisions between us and prejudices, hierarchies, and nationalisms begin to be undermined. As we build trust and solidarity, we grow more daring and combative. More becomes possible. We get more organized, more confident, more disruptive and more powerful."
View all posts by nothingiseverlost →
This entry was posted in Debate, Internationalism, The left and tagged Kurdish, Kurdistan, PYD, Rojava, SDF, Syria, YPG, YPJ. Bookmark the permalink.