Late June round-up of workplace, legal and other news

Posted on June 25, 2017 by nothingiseverlost

A quick roundup of ongoing struggles and upcoming events:

At SOAS, an occupation’s just ended after occupiers received confirmation that: 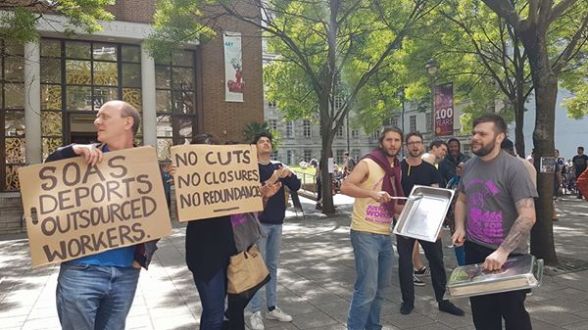 At the Ritzy in London, there’s been an ongoing community picket since a number of workers were sacked for their union activity. If you’re in the South London area, contact South London supports the Picturehouse strikers to get involved. There’s also an upcoming strike date on July 1st, although I’m not sure if that’s just Hackney or if other Picturehouse locations will also be involved. 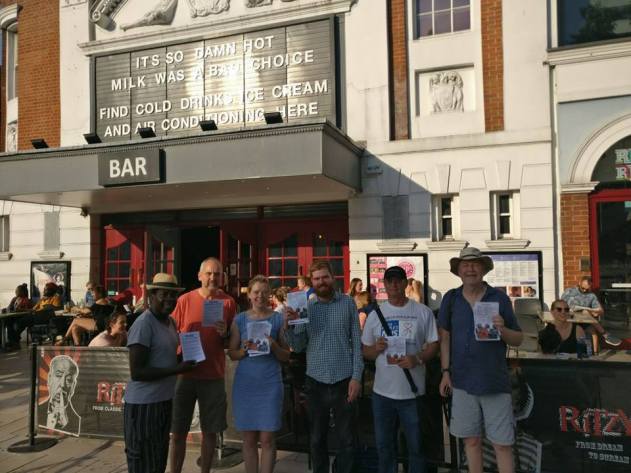 Throughout the upcoming week, the Scottish Action Against Austerity alliance will be taking action over disability benefits, mainly in Edinburgh and Dundee. On Monday 26th, people in Barnet will be demanding immediate action over dangerous housing there. On Wednesday 28th, Plan C Manchester are hosting a discussion on what to do after the election, and London Anarchist Federation are doing the same on Thursday 29th. On that subject, the Angry Workers of the World recently published an article on “From Solidarity Networks to Class Organisation in Times of Labour Hallucinations”, which is brilliant and well worth reading for anyone thinking about these questions – in the past I’ve complained about some criticisms of Labour being far too abstract when it comes to what an alternative could look like, and the AWW piece is the exact opposite, a very rooted examination of what it actually means to try and put anarchist/communist ideas into practice in West London in 2017.

Thursday 29th will also see a demonstration against planned evictions in Edinburgh, which sounds pretty important if anyone’s in the area.

In legal/repression/prison news, as well as the upcoming verdict in the Jobstown trial, there’s a few pieces of breaking news coming in from the US: Kevin “Rashid” Johnson, a revolutionary prisoner and organiser who’s been a thorn in the side of the Texas prison system for a while, has suddenly been moved and no-one knows where he is, so there’s an appeal to contact those who are meant to be in charge and find out what’s going on. Steve Martin just got sentenced for his participation in the Ferguson uprising of 2014.

As a reminder, upcoming events on this subject include the international day of solidarity with anarchist prisoner Eric King on June 28th, the fortnight of action against indefinite sentences in the UK from 9-23 July, the birthday of Ferguson prisoner Dakota Moss on July 17th, and the international day of solidarity with antifascist prisoners on July 25th. 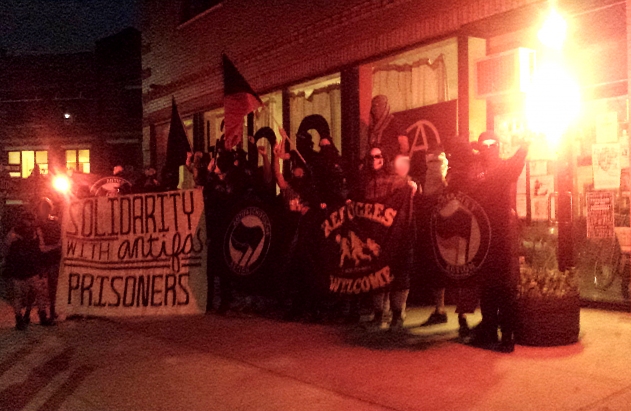 "The impulse to fight against work and management is immediately collective. As we fight against the conditions of our own lives, we see that other people are doing the same. To get anywhere we have to fight side by side. We begin to break down the divisions between us and prejudices, hierarchies, and nationalisms begin to be undermined. As we build trust and solidarity, we grow more daring and combative. More becomes possible. We get more organized, more confident, more disruptive and more powerful."
View all posts by nothingiseverlost →
This entry was posted in Anarchists, Disability, Housing, Occupations, Protests, Repression, Strikes, Students, Stuff that I think is pretty awesome, Unemployment/claimants and welfare, Unions, Work and tagged Action Against Austerity, Anarchist Federation, Angry Workers of the World, Barts Health, Edinburgh Coalition Against Poverty, Kevin "Rashid" Johnson, Picturehouse Living Wage, Plan C, soas, Unite. Bookmark the permalink.

1 Response to Late June round-up of workplace, legal and other news