Bombs over Diyala, drones over Hajin: a response to Joshua Clover on Iran

Posted on January 16, 2020 by nothingiseverlost 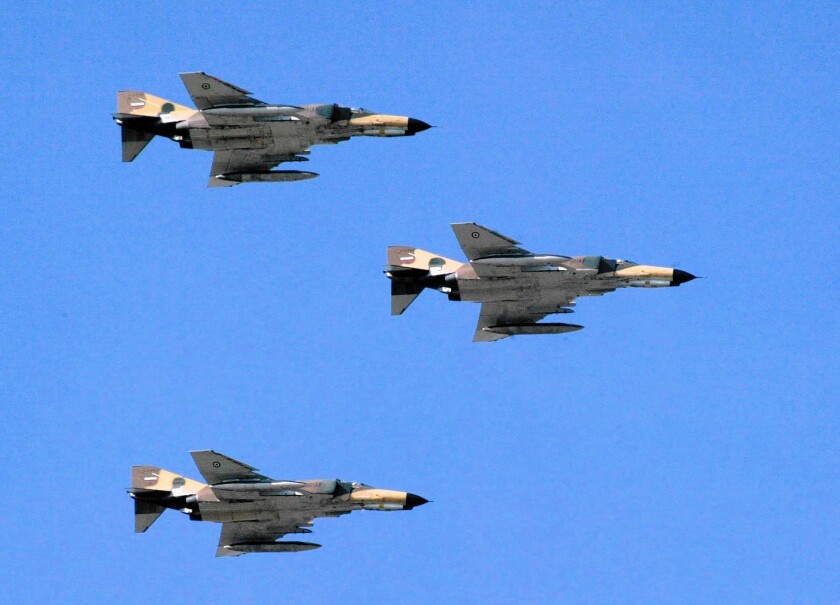 Joshua Clover is undoubtedly a clever and insightful person, and his recent article on the need for an effective anti-war movement, “The Great March”, makes some very good points. But there’s also some things about it that point in a very troubling direction, which I thought were worth examining in some detail.

To backtrack, a bit of context: in around December, in response to the ongoing revolt in Iran, two statements were circulated, one which essentially sided with the cops and called for “economic and political stability”, and one which supported the revolt. Joshua Clover signed one of them, but it’s not the one that you might hope. It’s possible that he may have apologised for or clarified his decision to sign the letter, but I haven’t seen it if so.

So, back to The Great March itself. Much of the article, setting out the general decline of U.S. hegemony and the ineffectiveness of the movement against the 2003 invasion of Iraq, is very solid stuff. Things get a bit odd when he starts to set out a positive “agenda for uprising”:

“An opposition movement will need to seek passage between, on the one side, an axiomatic anti-imperialism which imagines US war-making as something like a psychological drive, the sadism of a wounded leviathan; and on the other side, that curious left version of anti-anti-imperialism which has at least on occasion been an alibi for Zionism.”

Presumably these two things are to be considered more or less equal dangers. Certainly, the phenomena of left anti-anti-imperialism becoming an alibi for Zionism does exist, as is shown by the anti-Deutsch tendency in Germany, or some of the inexcusably stupid statements that the Alliance for Workers’ Liberty have come out with. But these are very few and far between as opposed to mindless knee-jerk “anti-imperialist” reflexes, which you really don’t have to look far to find.

Is Clover really solemnly warning his readers that they have to steer between the twin dangers of the politics that are being openly, actively expressed by speakers at anti-war demonstrations in places like Washington DC on the one hand, and the ideas of a marginal and cranky German current and a minor UK Trot group on the other? That’d be a bit like me saying that working-class politics in the UK has to find some middle way between relying on electoral saviours to deliver change on one side, and forming armed groups modelled on the Red Brigades on the other side. There might be some sense to that – I genuinely don’t think either of those options are good – but it’d be a bit weird to talk about a major strategy that loads and loads of people are going along with, and something that pretty much no-one at all is suggesting, in the same breath as if they were equal temptations. Unless, of course, the bad anti-anti-imperialists that Clover is warning against aren’t just Sean Matgamna and the German journal Bahamas, but actually includes everyone who pointed out that the letter he signed was a bit shit.

It’s genuinely hard to say, since the only other thing he says about them is that they’re guilty of neglecting “the degree to which global capital is necessarily a colonial project, not as a matter of some residual habit of the settler mind but as an ongoing structure of accumulation.” Which makes me curious about exactly how he’s defining colonialism here, and how it differs from just plain imperialism. Elsewhere in the article, Clover talks about “the intensified appropriation of cheap resources backed by force of arms”, so is “a colonial project” just the term he’d use to define all actions by all capitalist states trying to expand their sphere of influence? Cos if so, yeah I agree it’s important to pay attention to those, but I’m not sure who exactly is meant to be ignoring them. Or is something else going on here, where there’s a distinction being made between bad colonial military expansionism, and OK non-colonial military expansionism? To put it plainly: when the US carries out military operations and drone strikes in Iraq and Syria, we can all agree that’s bad colonial violence, but when Iran carries out military operations and drone strikes in Iraq and Syria, does it become something different? I genuinely can’t quite tell.

Next Clover moves on to a critique of electoralism and a call for direct action along the lines of “the last two years of street conflict”, which I pretty fully much agree with, but then… he celebrates “Puerto Rico’s mass strike… the Yellow Vests in France, the mass lawlessness of Santiago, the endlessly inventive urban insurgency of Hong Kong” and yeah, all of those things are great, but there’s a few rather notable absences from that list. I’m not saying that everyone has to talk about the revolts in Iran, Iraq and the Lebanon all the time*, but if you’re writing an article about Iran and Iraq, and you talk about insurgent tactics and rebellious street movements, but forget to mention the rebellious street movements in Iran and Iraq, it does seem a bit odd. And particularly when you’re praising “mass lawlessness”, but a few short weeks ago you were calling for “economic and political stability”, it might be helpful to make it a bit clearer where you stand on that particular issue.

Anyway, all this leads up to the single weirdest bit, the description of Soleimani as someone who “was in Baghdad as a foreigner, a Muslim at an airport, that figure that the US state is least able to abide.” It’s hard to know exactly how to react to this, since Clover does surround it with disclaimers and caveats, saying “It is easy to note… But that is cheap allegory”, so he clearly wants to distance himself from that point and doesn’t stand behind it 100%, but still: normally, when someone thinks of an idea or an image, and then realises on reflection that it’s an asinine thing to say, they would remove it during the editing process and not include it in a finished article. If someone does include something like that in a finished article, it would seem to indicate that they think it says something worth saying on some level, no matter how cheap.

It would seem that imperial purity is at play here, or what Mina Khanlarzadeh refers to as ‘the tale of the “complex West” and the “similar rest”’. “Identity politics” is a much abused and overused phrase, but it’s hard to know how else you can describe this move, where Clover looks at a senior military commander arriving in another country where his armed forces have been carrying out operations for years, and reduces him down to his identity, “a foreigner, a Muslim at an airport”, as if he was somehow the same as the refugees fleeing the conflicts that Soleimani’s forces helped contribute to. I can only begin to imagine how someone of Professor Clover’s obvious intelligence and sophistication would react to a take that treated prominent US figures in a similar way. Would anyone refer to Condoleeza Rice visiting Baghdad as being basically the same as Assata Shakur’s exile in Cuba, or equate Obama travelling the world to visit a G20 or NATO summit with Baldwin in Paris?

While Clover surrounds the “Muslim at an airport” image with hedges and caveats, his main point is unambiguous: “the figure of the migrant, seeking refuge across a border, radiates from the assassination of Qassim Suleimani… What matters is that the coming wave of violence, cynically calibrated for oil abroad and votes at home, will drive ever more refugees from Iran, Iraq, Syria, and elsewhere, adding to the vast numbers already driven forth before the unholy trinity of war, poverty, and climate collapse.” And yeah, that’s true as far as it goes, but again, this is partial and incomplete.

When discussing Soleimani, it’s true enough to say that forced migration will “radiate” from his death, but it’s equally true to say that it radiated out from his life. If you need a pithy observation, then try this one on: at least Soleimani got to die doing what he loved, contributing to the escalation of imperialist conflict and military tensions across the region.

In closing, Clover calls for “an uncompromising internationalism, a refusal of the merciless border realpolitik on offer, and something more than another march”. And that sounds great, but what does “uncompromising internationalism” mean here: solidarity with Major General Muslim-At-An-Airport, or with his victims? Because I don’t think that a politics that refuses to distinguish between the two will have too much to offer.

*certainly, I’ve not really done that much to cover them myself.

"The impulse to fight against work and management is immediately collective. As we fight against the conditions of our own lives, we see that other people are doing the same. To get anywhere we have to fight side by side. We begin to break down the divisions between us and prejudices, hierarchies, and nationalisms begin to be undermined. As we build trust and solidarity, we grow more daring and combative. More becomes possible. We get more organized, more confident, more disruptive and more powerful."
View all posts by nothingiseverlost →
This entry was posted in Bit more thinky, Debate, Internationalism, Stuff that I don't think is very useful, The left and tagged anti-imperialism, Iran, Joshua Clover. Bookmark the permalink.